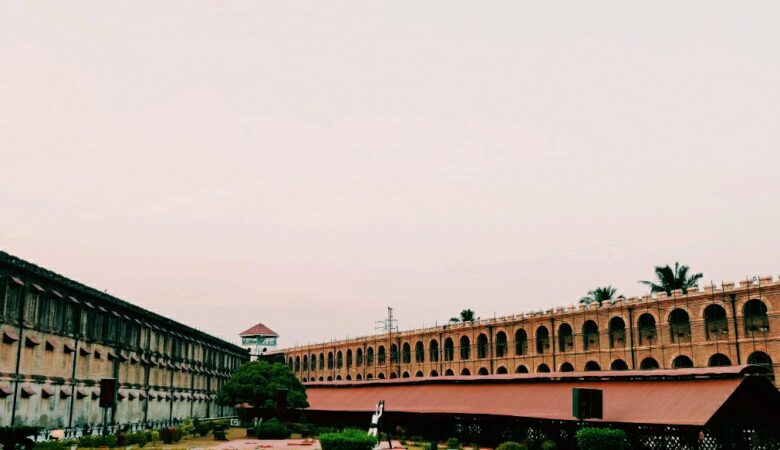 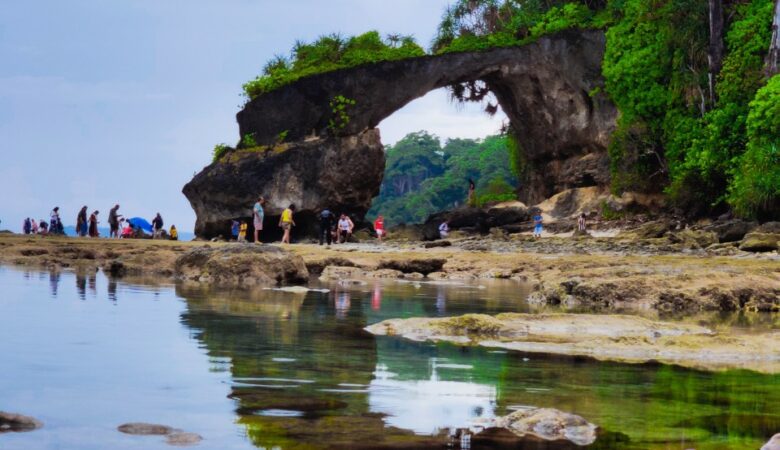 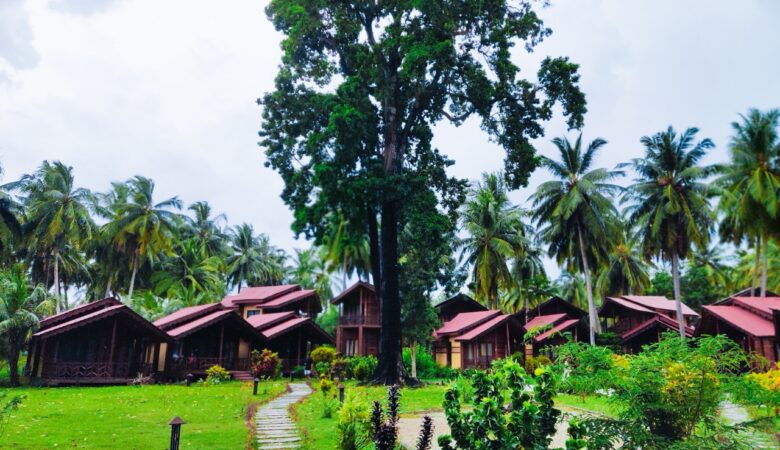 Arrive Port Blair, transfer to hotel & check in. In the evening, attend the enthralling Sound and Light Show at Cellular Jail – where the heroic saga of the Indian freedom struggle is brought alive. Back to hotel, Dinner & stay at hotel, Portblair.

Depart Port Blair with fond memories of these mesmerizing Islands.

Tour cost does not include: 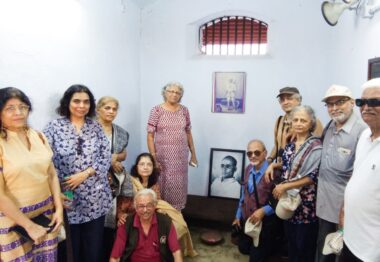 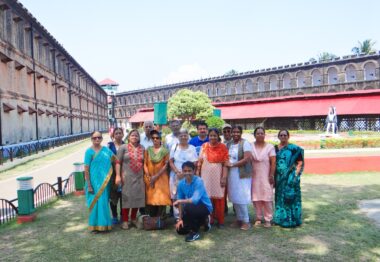 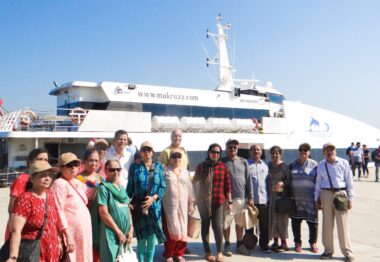 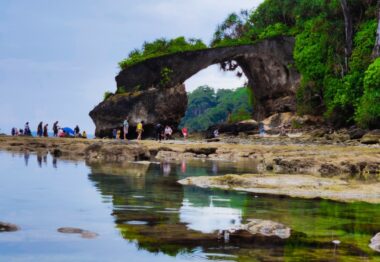 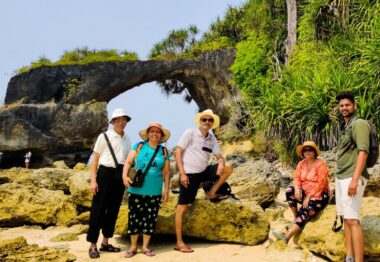 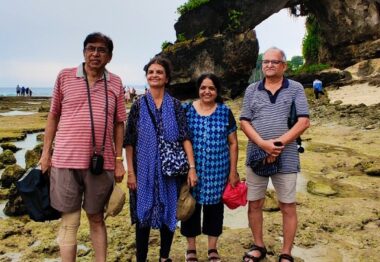 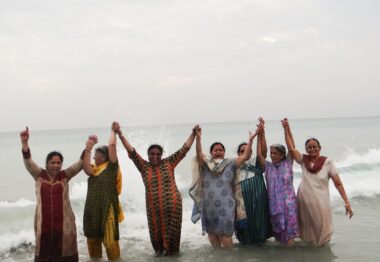 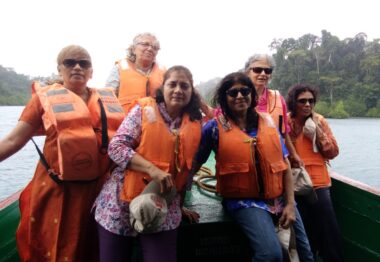 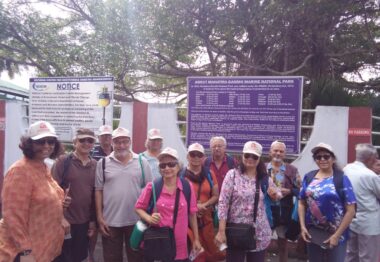 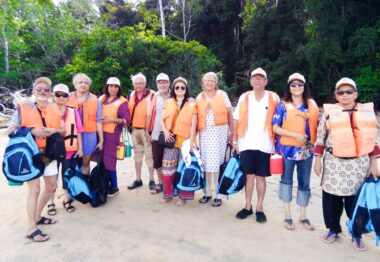 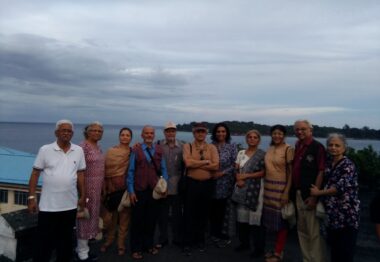 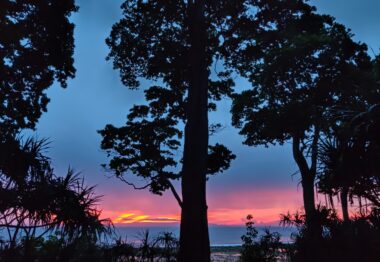 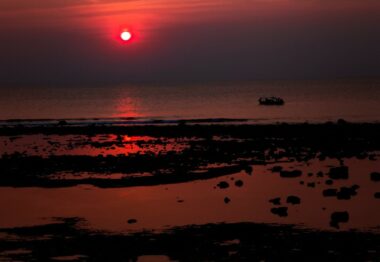 I’m happy to join the tour as its a very well organised tour.

It was a beautifully arranged and an excellent trip. The tour manager was very good and helpful.

The Andaman and Nicobar Islands – located in the east of the Indian mainland geographically, float in splendid isolation in the Bay of Bengal. Once a hill range extending from Myanmar to Indonesia, these picturesque undulating islands, islets numbering around 836, are covered with dense rain-fed, damp and evergreen forests and endless varieties of exotic flora and fauna. Most of these islands (about 550) are in the Andaman Group, 28 of which are inhabited. The smaller Nicobars, comprise some 22 main islands (10 inhabited). The Andaman and Nicobars are separated by the Ten Degree Channel which is 150 Kms. wide.
These islands also boast of freedom fighting days’ historically significant landmarks viz. Cellular Jail, Netaji Subhas Chandra Bose Island, Viper Island, Hopetown and Mount Harriet. The Andaman and Nicobar Islands have been declared as two of the 218 endemic bird area of the world. As many as 270 species and sub-species of birds have been reported existing in these islands, 106 of them being endemic. The Andaman Wood Pigeon, Andaman Padauk and Dugong are declared as State Bird, State Tree and State Animal respectively. There are about 96 Wildlife Sanctuaries, nine National Parks and one Biosphere Reserve in the islands. These islands are blessed with the bounties of both south-west and north-east monsoons.

History – The Andaman & Nicobar Islands have been inhabited for several thousand years, at the very least. The earlier archaeological evidence yet documented goes back some 2,200 years; however, the indications from genetic, cultural and linguistic isolation studies point to habitation going back 30,000 – 60,000 years, well into the Middle Palaeolithic. In the Andaman Islands, the various Andamanese people maintained their separated existence through the vast majority of this time, diversifying into distinct linguistic, cultural and territorial groups. By the 1850s when they first came into sustained contact by outside groups, the indigenous people of Andamans were: the Great Andamanese, who collectively represented at least 10 distinct sub groups and languages; the Jarawa: the jungle (or Rutland Jarawa); the Onge; and the Sentinelese (the most isolated of all the groups). The indigenous peoples of the Nicobars (unrelated to the Andamanese) have a similarly isolated and lengthy association with the islands. There are two main groups: the Nicobarese, or Nicobari living throughout many of the islands; and the Shompen, restricted to the interior of Great Nicobar.

Celluler Jail, Portblair – The construction of Cellular Jail started in 1896 and completed in 1906. Spread as seven spokes of a bicycle wheel, this unique three-storied structure was the first of its kind in India as it had 693 cells specially built for solitary confinement of the prisoners. Extraordinary feature of the Jail was the total absence of communication between prisoners housed in different wings since the front of the row of cells faced the back of the other.
A two-storied building at left side near the entrance of the Jail was constructed to be used as Jail hospital. On the plinth of this building now stands the Martyr’s Column. Near the compound wall at right of the main entrance is the gallows where three persons could be executed simultaneously with a separate door in the outer compound wall to carry our corpses.
Many charismatic freedom fighters were imprisoned in this Jail. Savarkar brothers, Hotilal Verma, Babu Ram Hari, Pandit Parmanand, Ladha Ram, Ullaskar Dutt, Barin Kumaar Ghosh, Bhai Parmanand, Indu Bhushan Roy, Prithvi Singh Azad, Pulin Das, Trailokyanath Chakravarthy, Gurumukh Singh, etc. were incarcerated here among others. Revolutionaries involved in Alipore Bomb case, Nasik Conspiracy Case, Lahore Conspiracy Case, Chittagong Armoury Raid Case, Inter-Provincial Conspiracy Case, Gaya Conspiracy Case were also brought to the Cellular Jail under long terms of imprisonment.
Today, the entrance block of the National Memorial houses Freedom Fighters Photos and Exhibition Gallery in the ground floor. The first floor of the building has an Art Gallery, Netaji Gallery and a Library on freedom movement. A gallery on First War of Independence and another gallery with rare collection of old photographs has also been set up in the premises. An eternal Flame “Freedom-Swatantrya Jyot” has been erected in the vicinity of the Cellular Jail in memory of all freedom fighters and martyrs’. Added attraction in the National Memorial is the programme of Sound and Light Show

Netaji Subhas Chandra Bose Island (Ross Islands) – Encompassing in its realm 160 years of history Netaji Subhas Chandra Bose Island is a tiny Island, situated at the entrance of Port Blair harbour. Lt. Archibald Blair surveyed the Island in March 1789, established a Colony and named it after the marine surveyor Sir Daniel Ross. Later the colony was abandoned. The British transported Indian freedom fighters to Andamans in the aftermath of the first war of Independence of 1857. The first batch of 200 revolutionaries arrived in March 1858. A number of them were sent to Netaji Subhas Chandra Bose Island. Gradually various Govt. functionaries and their residences including that of Chief Commissioner known as Govt. house came up. The Island became the citadel to rule the Penal Settlement of Andamans. During the severe earthquake of 26th June 1941, much damage was caused to the buildings. Subsequently the Japanese occupational forces in World War II demolished a number of buildings on the Island. On 18th April 1979, the Island was transferred to the Defence Ministry. The Island has become a hot tourist spot today to view the ruins, and savour the glory of the bygone days.

Radhanagar Beach – in the Andaman Island archipelago is one of the most beautiful beaches of India. Lying on the south coast of Havelock Island, the beach number 7 is about 12 kilometers from the Island’s ferry pier. Crowned as “Asia’s Best Beach” and “7th Beach in the World’ by TIME Magazine. The picturesque curve of white sand with cerulean blue waters lined by swaying palms. The picture-prefect postcard beach is what tropical vacations are made of. Stretching over two kilometers and with average width of 30 to 40 meters, the white sands are fine-grained and soothing to walk on. The gentle gradient of the beach continues around 1:20 into the sea as a sandy bottom for over 100 meters. Walk, sunbathe, try watersports or stay at one of the resorts at the beach. The breathtaking sight of sunset at Radhanagar beach is heavenly.

Swaraj Dweep (Havelock Islands) –  is a picturesque natural paradise with beautiful white sandy beaches, rich coral reefs and lush green forest. It is one of the populated islands in the Andaman group with an area of 113 sq. km. and is located 39 km of north-east of Port Blair. This island, with beautiful sandy beaches fringed with green canopy of the rain-fed forests beckons everyone to enjoy the frolic and fun at the azure sea.

Shaheed Dweep (Neil Islands) –  is a tiny but beautiful island located 37 Kms. to the south of the Andaman Islands. With unexplored coral reefs, brilliant bio-diversity, white sandy beaches and tropical forest and vegetation, it is one of the hot tourist spots in the Andamans.n Shaheed Dweep is known as the ‘vegetable bowl’ of the Andamans. The settlers named the beaches after mythical characters of the epic Ramayana (Bharatpur, Laxmanpur, Sitapur, Ramnagar etc.) The island, with its very relaxed vibes and long, deserted beaches is a place to chill out after the “bustle” of Havelock. The widest part of the island is about 5 km in length. You can walk the whole island in about two hours.