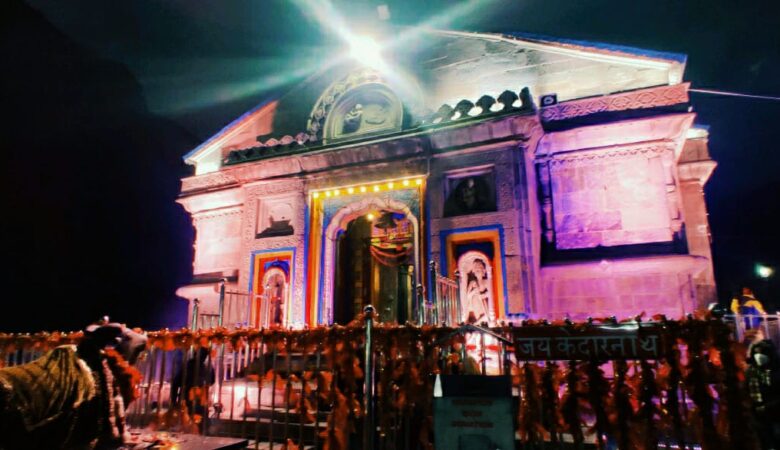 Pick up from Dehradun Airport & transfer to Haridwar. Reach & check in. Visit Har ki Pauri – is a major landmark and a famous ghat on the banks of river Ganga in Haridwar. Haridwar is one of the first towns where Ganga emerges from the mountains to touch the planes and that’s why the water is crystal clear and cool. You can Witness the famous Ganga Aarti. Dinner & overnight stay at hotel, Haridwar.

Early morning, proceed to the helipad to board your Helicopter for Kedarnath. There is a walk of 1.5 kms approx from the helipad to temple. Visit Kedarnath temple – is a Hindu temple dedicated to the God Shiva at an altitude of 3580mtrs. Kedarnath temple is one of the twelve Jyotirlingas. Explore the area & visit Adi Shankaracharya Statue. Return back to hotel with the same helicopter service. Dinner & overnight stay at hotel, Sersi / Phata.

After breakfast check out & transfer to Rishikesh. Lunch will be served enroute. Reach hotel & check in. Free time for shopping at local market at Ram Jhula. Return back to hotel for dinner & overnight stay, Rishikesh.

After breakfast proceed for local sightseeing. Visit Laxman Jhula. Proceed for White water rafting (optional) Evening visit Triveni ghat, which is nestled in the lap of Himalayas. Maha-Aarti is performed here every day. Back to hotel for dinner & overnight stay, Rishikesh.

After breakfast check out & transfer to Dehradun airport to board flight for return journey.

Kedarnath – One of the most revered temple destinations of India, Kedarnath town is nestled in the mighty Garhwal Himalayas. The town, built around the revered Kedarnath temple, is located at an altitude of 3,580 m, near Chorabari glacier, which is the source of the Mandakini river. Dedicated to Lord Shiva, the ancient temple has exquisite architecture and is built of extremely large but evenly shaped grey stone slabs. A conical rock formation inside the temple is worshipped as Lord Shiva in his “Sadashiva” form.  The Kedarnath temple, dedicated to Lord Shiva, is a part of Char dham pilgrimage circuit, and is one of the 12 Jyotirlingas of Lord Shiva in India. Behind the Kedarnath temple, stand the Kedarnath peak, Kedar Dome and other Himalayan peaks.
The historical name of this region is “Kedar Khand” and legend says, the Pandavas from the epic Mahabharata, after having defeated the Kauravas, felt guilty of having killed so many people and sought the blessings of Lord Shiva for redemption. The Lord eluded them repeatedly and took refuge at Kedarnath in the form of a bull. The Lord dived into the ground, leaving his hump on the surface at Kedarnath. The remaining portions of Lord Shiva appeared at four other places and are worshipped there as his manifestations. The arms of the Lord appeared at Tungnath, the face at Rudranath, the belly at Madmaheshwar and his locks (hair) at Kalpeshwar. The Kedarnath and four above mentioned shrines make the revered Panch Kedar.
From May to October is the best time to visit Kedarnath. During winter months, the town remains closed due to heavy snowfall.

Badrinath – Among the most prominent Hindu religious sites, Vishal Badri or Badrinath is situated in the Chamoli district of Uttarakhand, at a height of 3,133 m. It lies between the Nar and the Narayan mountains and is said to be the abode of Lord Vishnu. It is said that the temple was built in the 8th century by Adi Shankaracharya. Later, it was developed and renovated by various kings and dynasties, including the Holkars and the Scindias. The temple is one of the four Char Dhams (four important pilgrimages) in the state.
Panch Badri circuit is a combination of temples and religious spots that are dedicated to Lord Vishnu. In Badri kshetra – the region starting from Satopanth about 24 km above Badrinath extending to Nandprayag in the south, there are five temples in this circuit: Vishal Badri or Badrinath the most well-known temple dedicated to Lord Vishnu, Yogdhyan Badri, Bhavishya Badri, Vridha Badri and Adi Badri.

Haridwar – One of the holiest pilgrimages in India, Haridwar, or the ‘gateway to gods’, is located where Ganga, the sacredest of all Indian rivers, enters the Indo-Gangetic plains. Located at the foothills of the Himalayas, Haridwar is a city of temples and ashrams and its pious ambience envelops everyone. Haridwar is one of the four holy Indian cities that host the Kumbh Mela, a pious gathering of millions of Hindu devotees every 12 years. The Ardh Kumbh is organised here every six years. It also hosts the Kanwar mela every year during the rainy season. The ‘Panch Tirth’ or the five pilgrimages located within the periphery of Haridwar, are Gangadwara (Har Ki Pauri), Kushwart (Ghat), Kankhal, Bilwa Tirtha (Mansa Devi Temple) and Neel Parvat (Chandi Devi). Haridwar serves as the gateway to the Char Dham of Uttarakhand as well.  An ancient city, Haridwar’s roots are steeped deep in culture and traditions of the ancient Vedic times, and there are several institutions here imparting traditional knowledge of wellness. If you want to know more and experience the ancient methods of healing, there are many certified Ayurvedic clinics in Haridwar that you can visit. Ashrams also offer sessions in Ayurveda, meditation and yoga. Every morning and evening, the ghats (stepped banks of a river) of River Ganga witnesses the blissful Ganga aarti, which attracts devotees and tourists. The evening ritual being more popular, it makes for a mesmeric sight to see the river being venerated with loud and rhythmic chants and tall lamps, their lights lightening up the darkening waters. It is a spectacular sight as thousands of small diyas (earthen lamps) are set afloat on the river.

Rishikesh – is commonly referred to as the’yoga capital of the world’
Triveni Ghat: is biggest bathing ghat in Rishikesh. Situated near the main market this ghat has mesmerizing view of mountain and river. The reason for the name is it is believed that this is conference of 03 rivers Ganges, Yamuna and legendary Saraswati. Due to the conference this ghat is great place to take a bath. Ghat is structure of steps where people can acess river for holy bath. Everyday Ganges ceremony (Ganga Aarti) is organized at ghat in evening.
Laxman Jhula: Big iron suspension bridge on the river Ganges which is 4.5 kms far from Rishikesh. It is believed that Lakshman (Brother of lord Ram) crossed the river here by jute rope. Current bridge is built in 1929 in when the old bridge (1989 built) was damaged in flood. Laskman Jhula is popular in tourist for shopping and other activites such as rafting. Both side of the bridge has so many different shops with interesting things to buy. Lakshman temple and Tera Manzil Temple is also situated here.
Ram Jhula: Suspension bridge similar to the Laxman Jhula between Sivananda Ashram and Swarg Ashram is known as Ram Jhula or Sivananda Jhula. Boat is also available here on sharing basis to cross the river. So many shops are available on the both side of bridge for shopping.