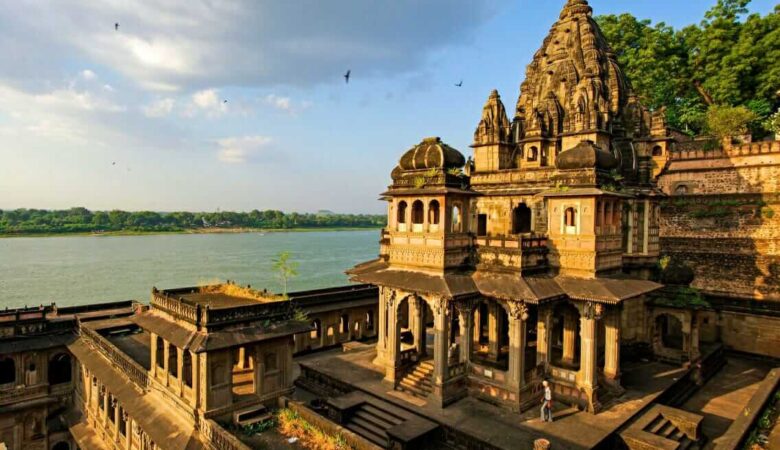 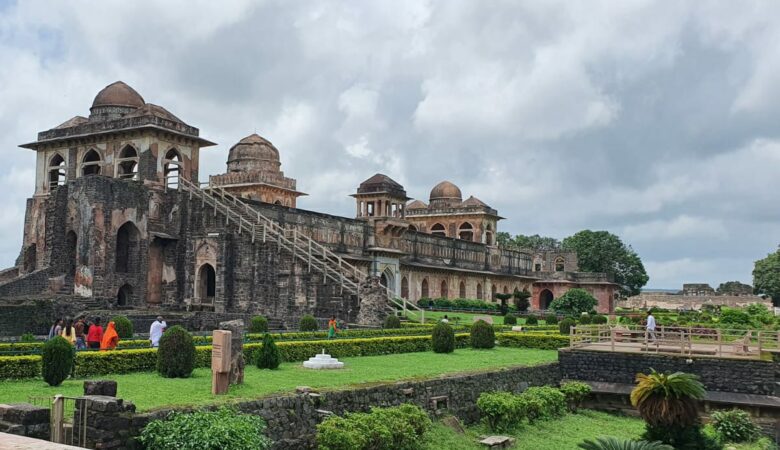 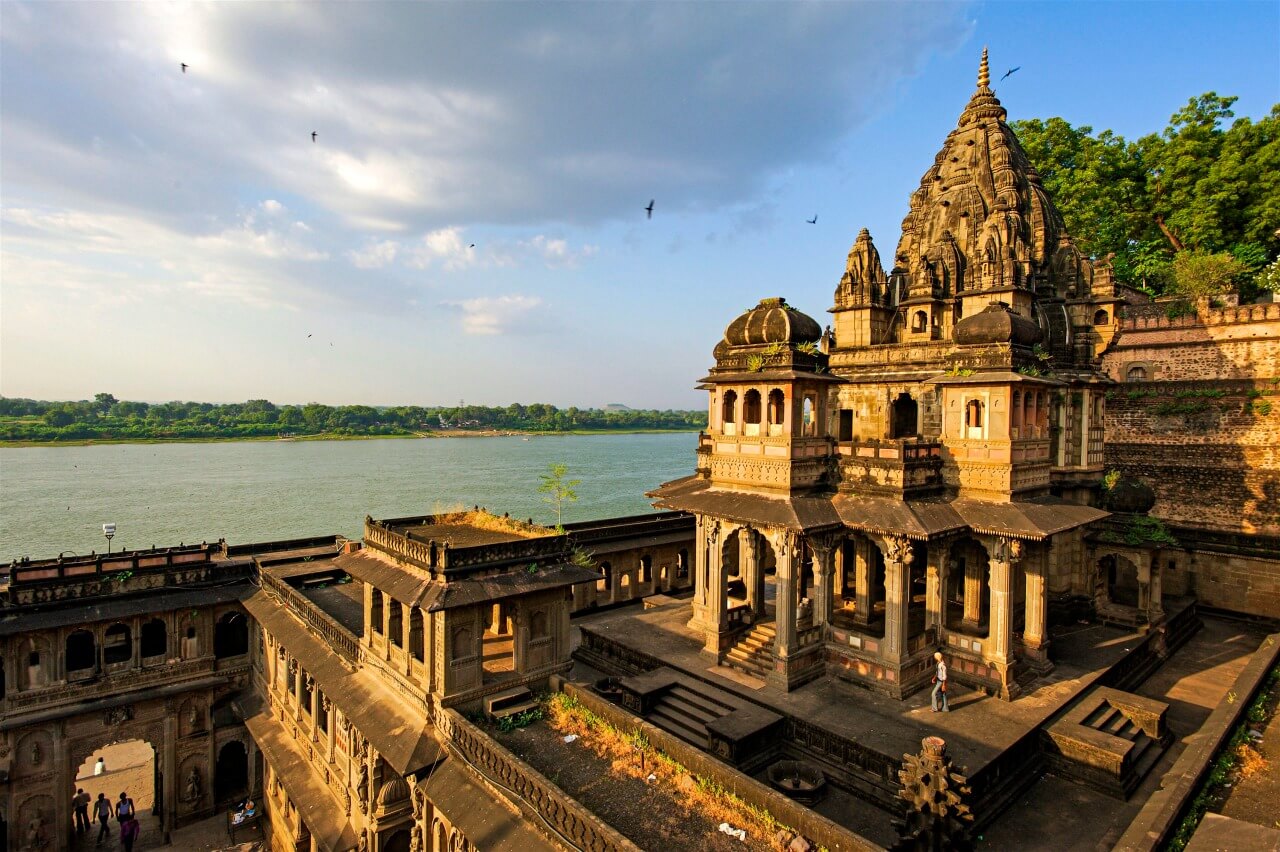 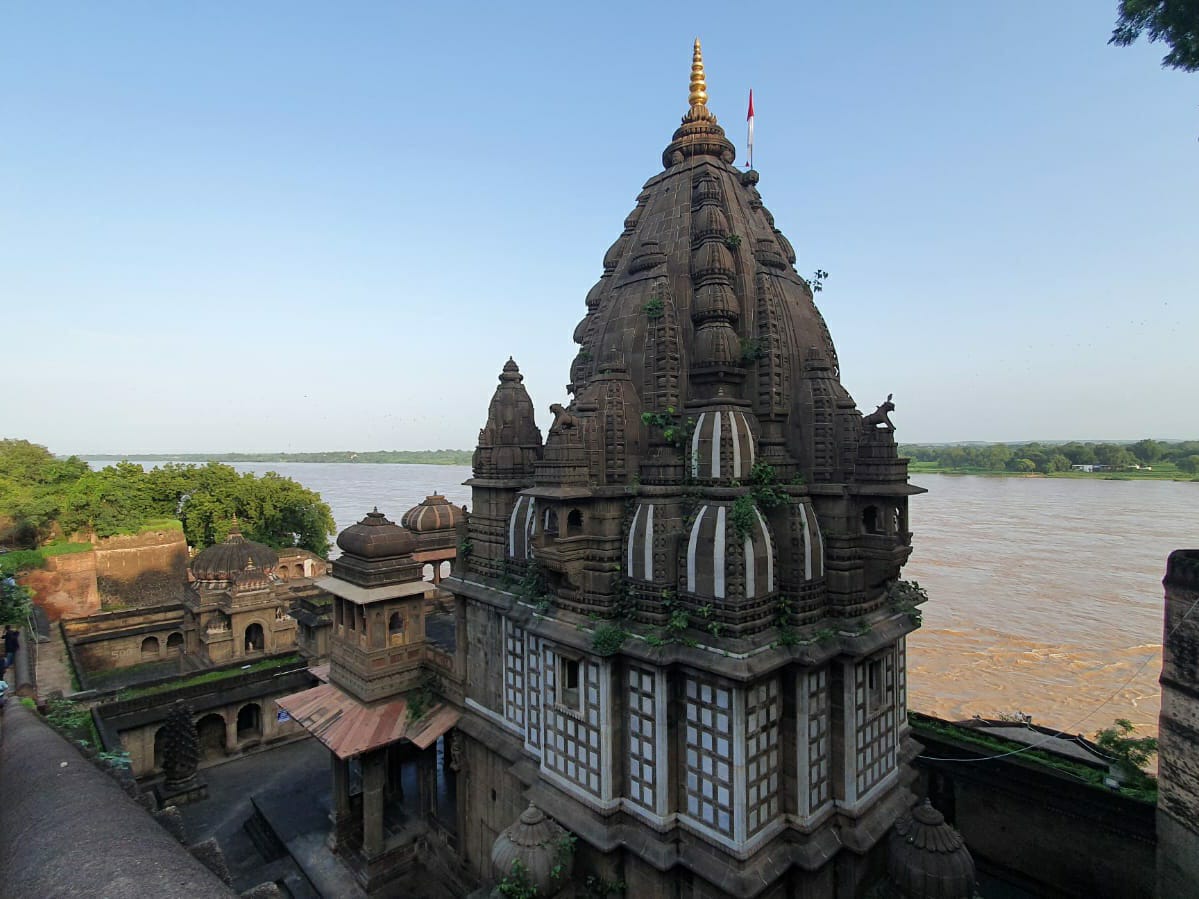 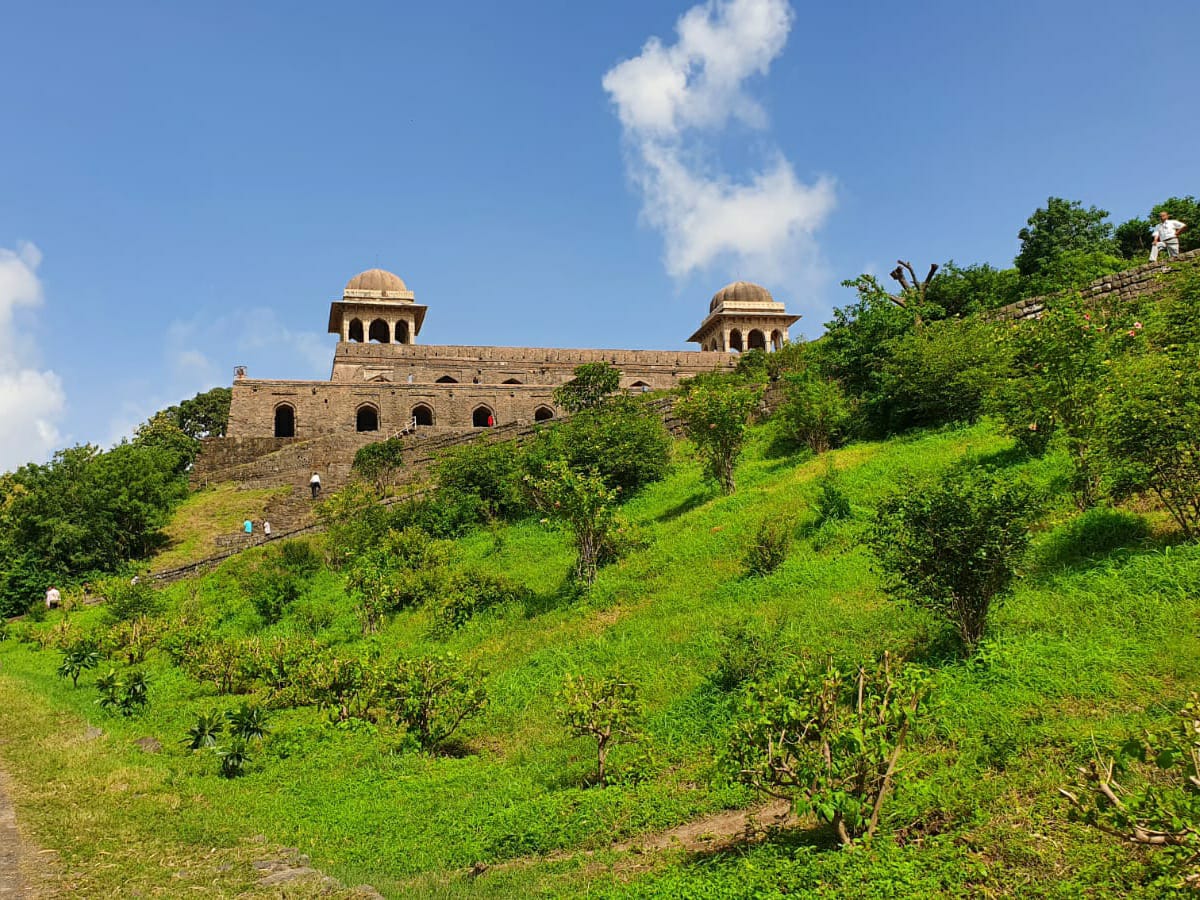 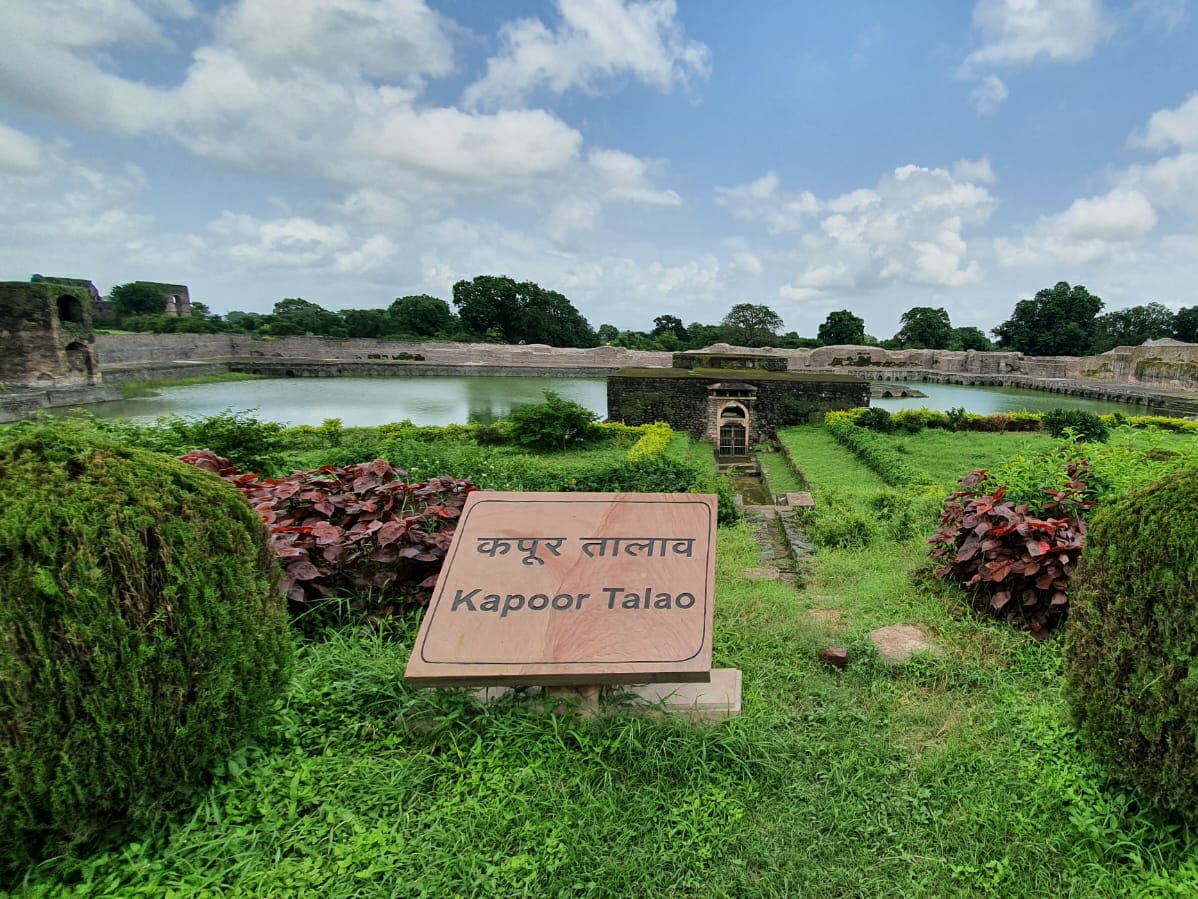 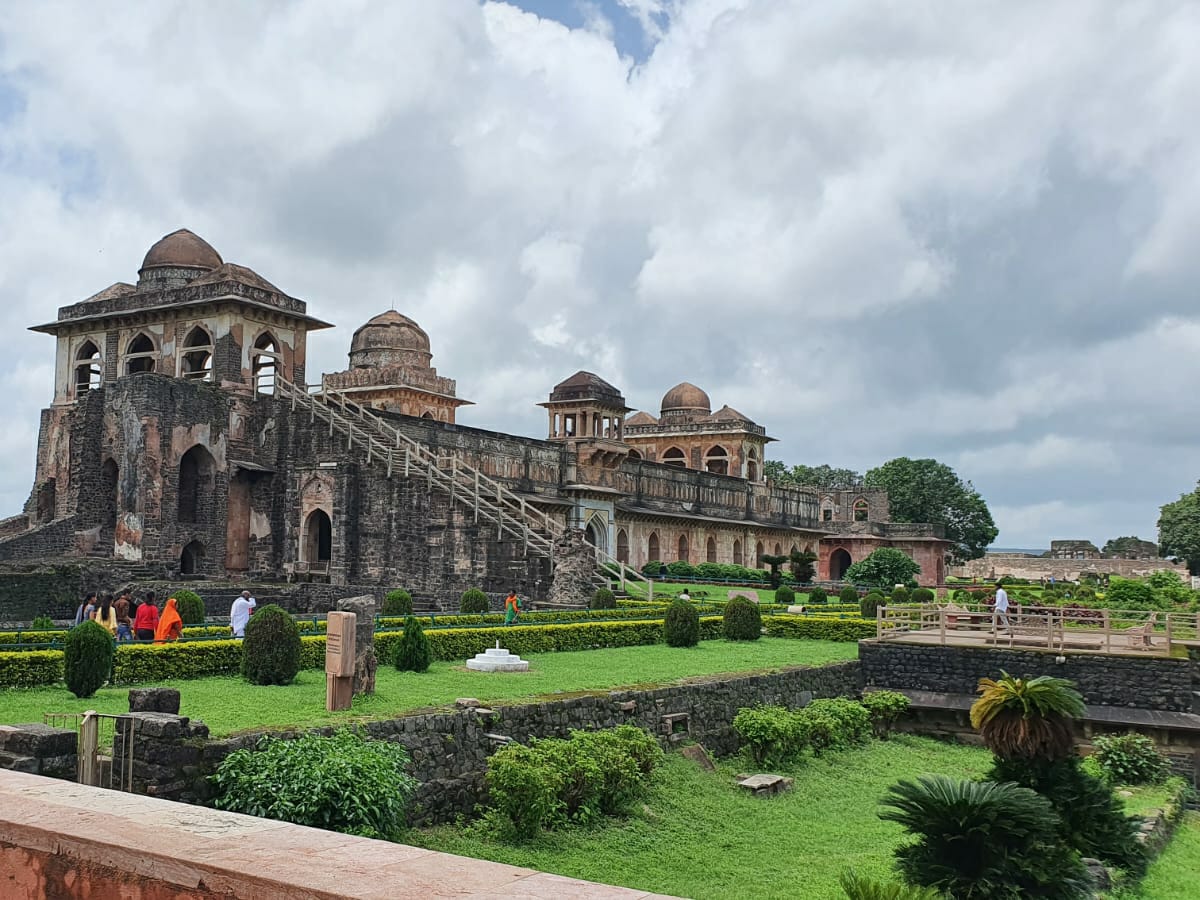 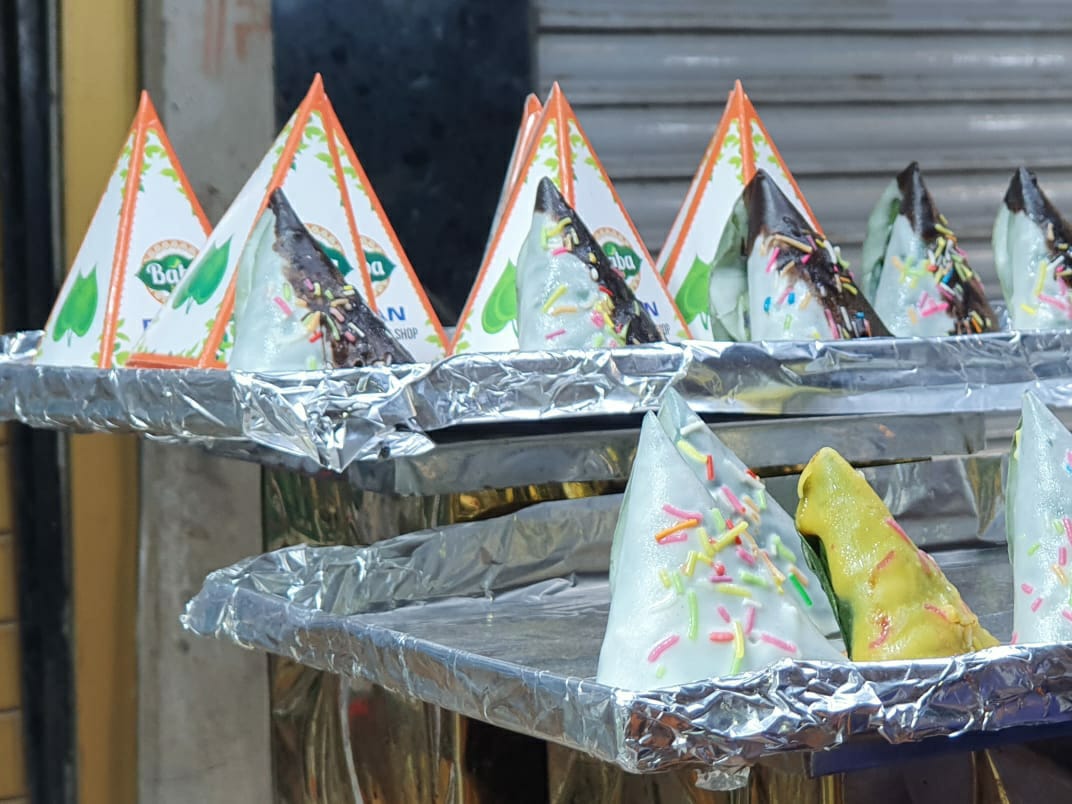 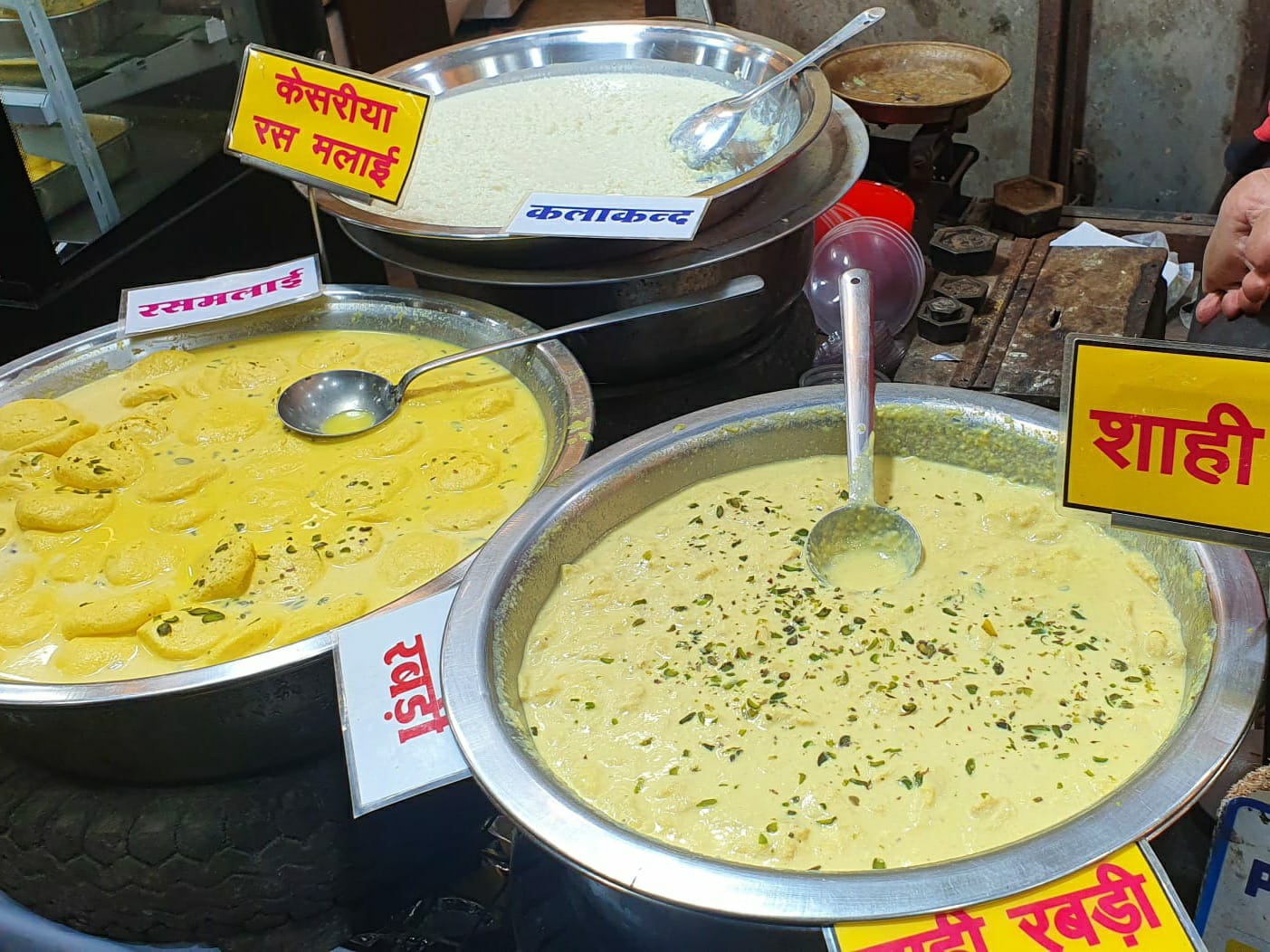 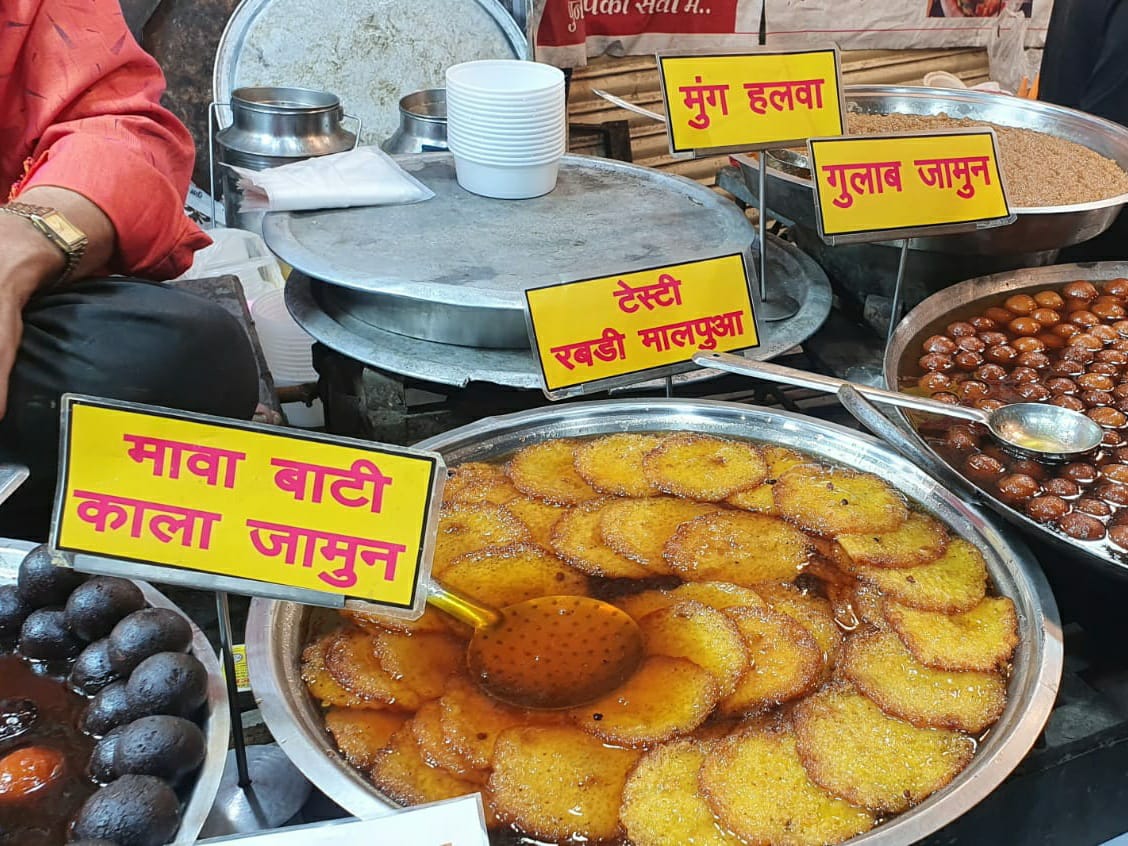 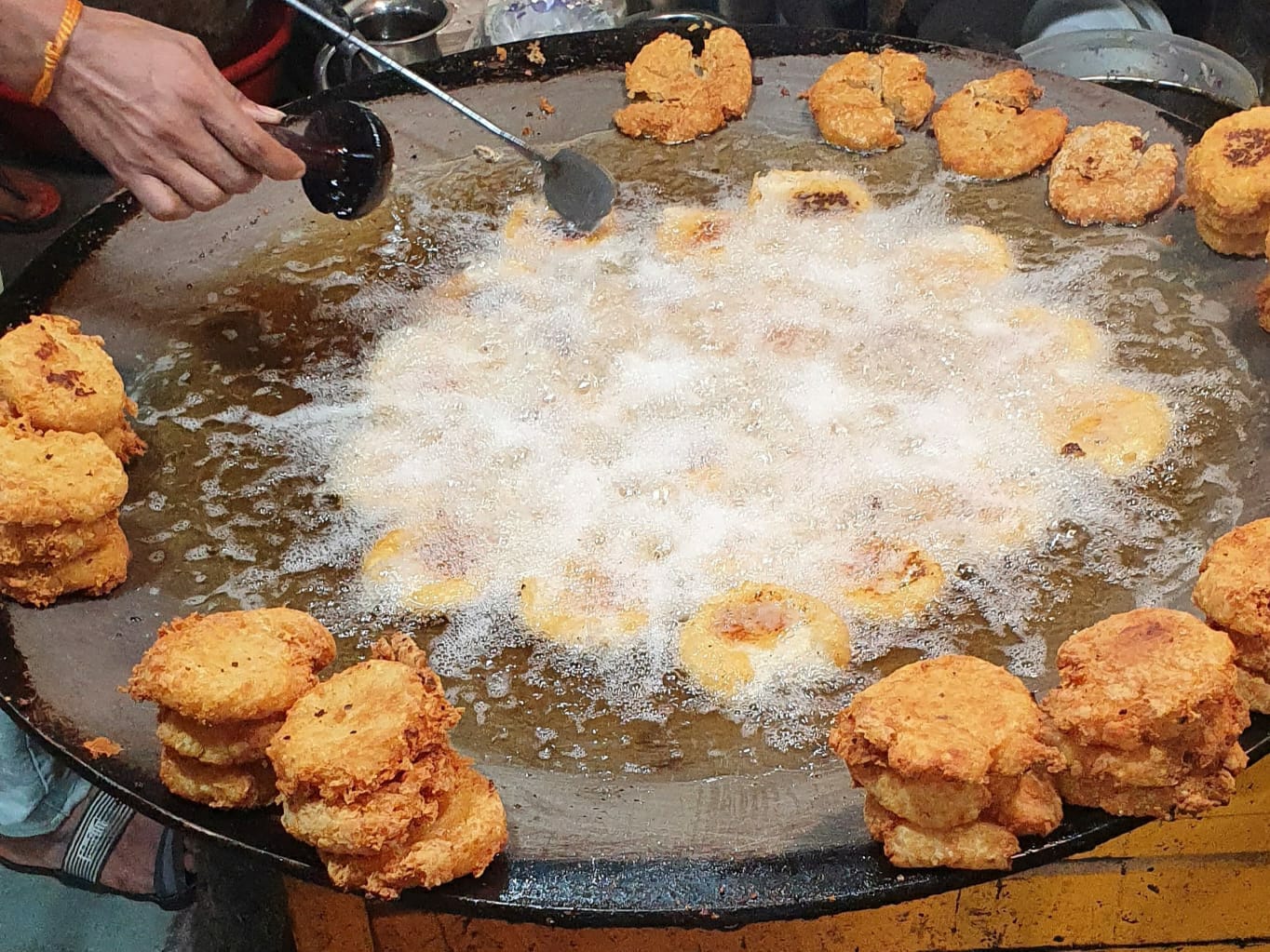 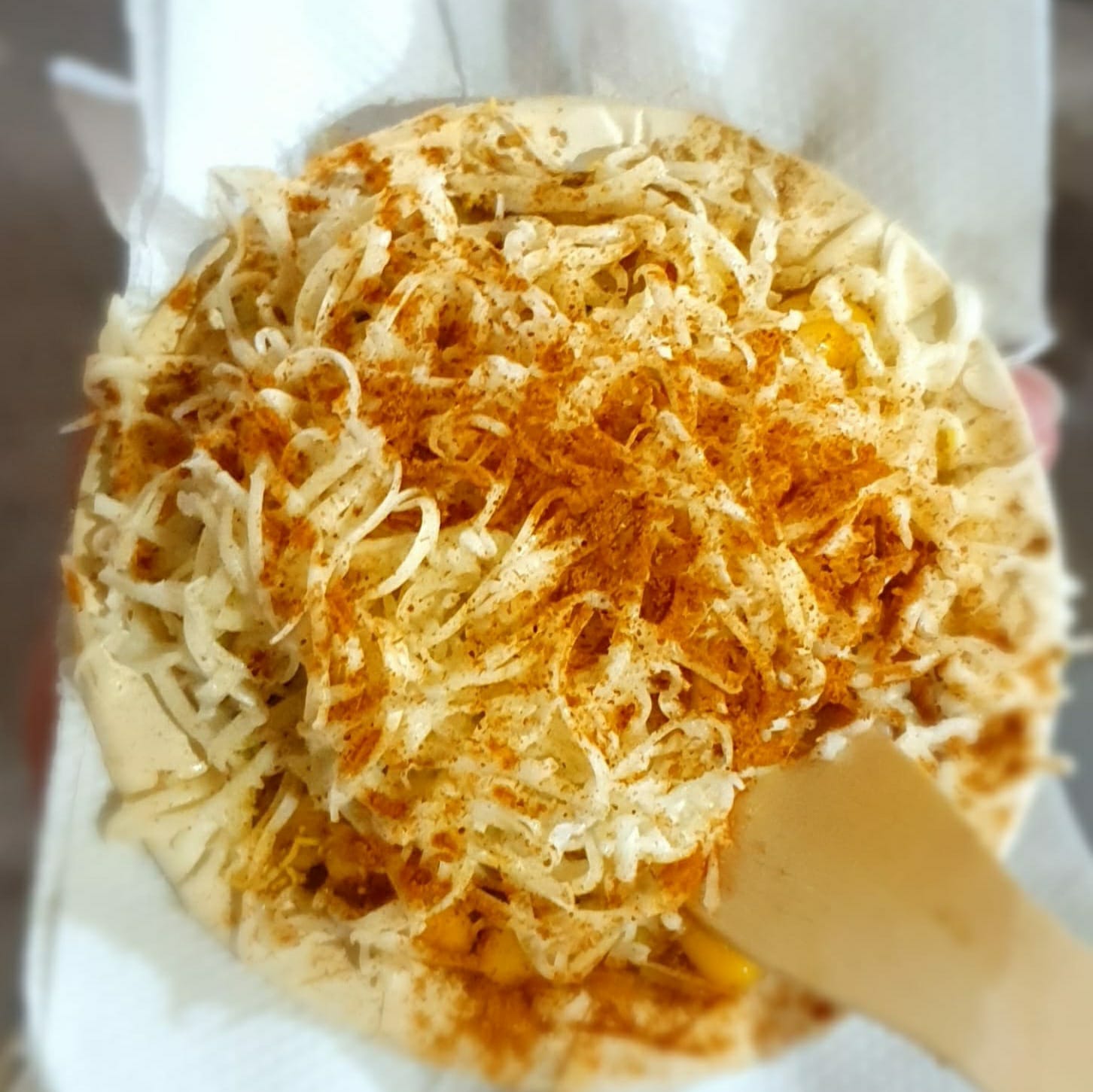 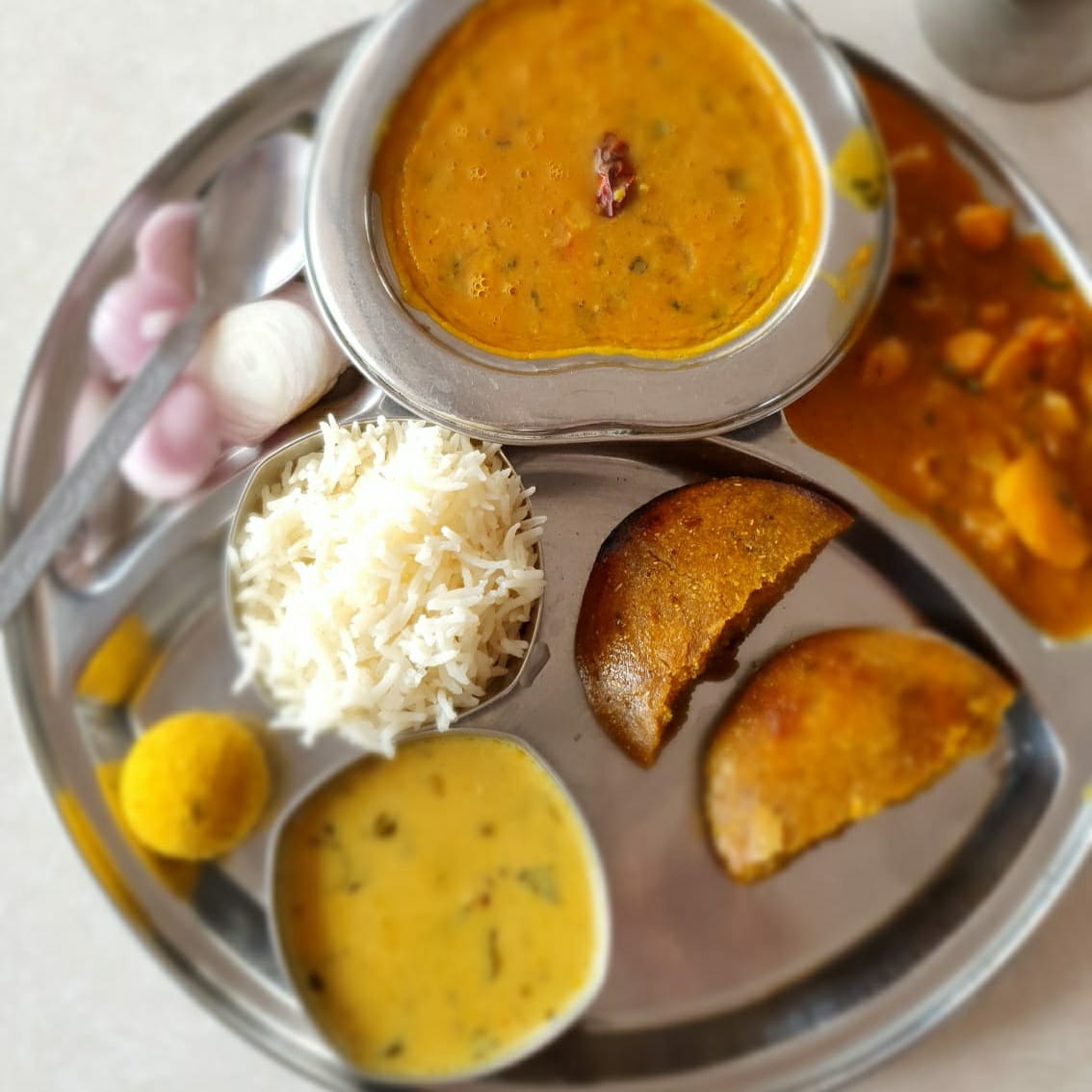 Ujjain – is a city of famous king Vikramaditya and his loyal Kalidas. Kalidas is known for his poetry skills even today. Ujjain is known for its great cultural and spiritual importance like Varanasi or Benaras. Ujjain, the erstwhile state capital of Malwa region is now also one of the major cities of Madhya Pradesh. Situated 190 km west of state capital Bhopal. Ujjain is also known for its Simhastha Kumbha Parva (Kumbh Mela). Ujjain, the summer capital of yesteryear’s is a popular tourist destination today.
Ujjain, the city of Mahakal, previously known as Avanti, Kushsthali, Kanashringa, Bhaumvati, Padmavati, Pratikalpa, Amaravati, Vishala, Avantika and Ujjayani is considered to be among the holy cities in India. The only south-facing idol of Mahakaleshwar, regarded as the God of all the deities and demons alike, is situated at Ujjain. The Adi Purana describes Ujjain as the most sacred city on the earth. The city has been a seat of learning where all disciplines of knowledge have flourished since time immemorial.
Omkareshwar Jyotirlinga – a shiv temple on Omkar mountain an island in mid Narmada, revered Hindu temple is the center of extreme faith. There are 12 jyotirlinga temples in world and omkareshwar is one of them. Another temple named as Mamleshwar on thr south bank of narmada is also of very importance as stated in the dwadash jyotirling strotra “omkar mamleshwaram” sounds as if the jyotirlinga in Omkareshwar is Mamleshwar temple. the ancient name of Mamleshwar is “Amareshwar”.

Maheshwar – The glorious city of Maheshwar sits on the banks of the holy river Narmada and finds mentioned in the epics of Ramayana and Mahabharata. At the dawn of Indian civilization, it was known as Mahishmati, the capital of King Kartivarjun. This holy town was revived to its ancient position of importance by the Holkar queen Rani Ahilyabai of Indore. The town also holds the distinction of being the capital of Rajmata Ahilya Devi Holkar’s empire during the 18th century.
After the death of Mughal emperor, Aurangzeb in 1707, the area of Indore, Maheshwar, and nearby Omkareshwar was acquired by Malhar Rao Holkar, the founder of the Holkar dynasty and a prominent cavalry commander in the Maratha Confederacy. He was then succeeded by his widowed daughter-in-law, Rajmata Devi Ahilyabai Holkar. The pious queen was known for her charitable and religious work.
The famed fortress, long and well-documented history, rich traditions and beautiful temples in this treasure trove calms the soul. Alongside these attractions, man-made creations please the eyes of every visitor. It is also said to be the place where Adi Shankaracharya is said to have defeated Mandan Misra in philosophical dialectics in the 8th century AD.
Mandana Misra was a perfect ritualist with more than half of his life dedicated to learning and preaching and mimasa. Adi Shankara being young and inexperienced, Mandana himself reasoned that it would be unfair to debate with a youngster in his twenties and allowed Shankara to choose his judge. Shankara was quick to decide that none but Mandana Misra’s wife herself can be the most appropriate judge for the debate. The debate commenced and continued for months reaching a point where Mandana Misra was almost ready to accept defeat. Ubhaya Bharati, wife of Mandana Misra then interfered and declared that to defeat a man in debate the opponent should also defeat his wife.
Maheshwari saree – A center of handloom weaving since the 5th century, Maheshwar has been producing exquisite Maheshwari sarees and fabric. Introduced almost 250 years ago by Rani Ahilyabai, these sarees are renowned throughout India for their unique weave. Found mostly in cotton, the typical Maheshwari sarees are available with a plain body or stripes and sometimes even with checks in several variations. A few decades ago, the art of weaving a Maheshwari Saree was almost at its deathbed. However, it was revived by the current Scion of the Holkar family with a paltry grant from the Indian Central Welfare Boards in 1979. They started a weaving project involving the local women and called it the Rehwa Society.

Jahaz Mahal – reflects the spirit of Mandu’s romantic beauty. It is artistically built, with a frontage of a little less than 121.9 m and width about 15.2 m, and the height of its facade is about 9.7 m. It is located on the narrow strip of land between the waters of the Munj Talao and Kapur tank so that it presents a ship anchored between them. The best view of this building can be seen from the uppermost terrace of the Taveli Mahal, which houses a museum now. In the monsoon season, both the tanks are full of water and nature around is all green with vegetation. Made for the purpose of an assembly hall, the plan of the ground floor consists of three large halls, with corridors in between and narrow rooms at the extreme ends, and a beautiful cistern beyond the northern room surrounded by a colonnade on its three sides. The pavilions on the ends are larger in dimensions and are divided into three compartments, the central one having domical roof a little higher than the pyramidal roofs of the side compartments. There are two projecting pavilions on the sides. The room at the northern end of Jahaz Mahal has a beautiful water-cistern surrounded by a colonnade on its three sides.

The Kapoor Tal – has a masonry embankment and a pavilion at its center which is now in ruins, and is connected with its western bank. An arched underground channel was built between Munj Tal and this tank to connect the water of the two tanks. The platform built in the middle of Kapoor Talaab is believed to be a platform for cultural presentation by the entertainers and musicians of the royal court.

Hindola Mahal – literally means a ‘swinging palace’ a name given to it because of its peculiarly sloping sidewalls. The plan of the building is T-shaped, with a main hall and a transverse projection at the north. This projection seems to have been added later. On both sides of the hall, there are six arched openings above which there are windows filled with beautiful tracery work for admitting light and air inside. The exterior of the building is extremely simple except for a band or two of carved moldings. The ornamentation has been reduced to a minimum, even the commonly used coloured tiles in other buildings of Mandu, are discarded here. The T-shaped projection was later added probably to provide a well-guarded approach for the king. There is a flight of sloping steps at the back of the building, meant for royal ladies to go up in a palanquin or on a pony or on an elephant since it is popularly called Hathi-Chadhao.

Gada Shah – It is a two-storey building, the ground floor has arched openings and side apartments and the upper storey consisting of a hall and two side rooms. In the center of the hall is a fountain, the surplus water from which is channelled out through a network of channels and spouts carved into the heads of an elephant and tiger respectively. This animal head is a peculiar feature of Hindu art, so this building might be associated with Medini Ray, a Rajputa chief under Sultan of Mandu.

Rupmati Mandap – This building, constructed on the edge of the precipice (365 m high) overlooking the Nimar valley, seems to have been originally a watchtower. A closer examination of the structure of the building shows that it had undergone two or three stages of construction. The building, without pavilions, belongs to the earliest stage and seems to have been built originally for maintaining an effective military watch over any possible enemy movement on this side of the fort. The remaining part of the building was built along the western side of the plinth of the original block on the slope of the hill. However, it is the pavilions on the terrace of the original block, which have given a more distinctive appearance to the building. The pavilions are square in plan at the base and are crowned with hemispherical domes fluted both outside and inside. The pavilions are known after Rupmati, who, it appears, used to come here daily from the palace nearby to have her darshan of the sacred river Narmada. From the style of their arches and pillars, however, the pavilions were probably built a century earlier than Rupmati’s time as they approximate more to earlier buildings in Mandu. There are two damaged inscriptions on the inner side of the wall of the chamber which do not admit of clear decipherment. But the style of writing and readable titles apparently ascribe them to the period of the Sultan’s of Malwa.

Baz Bahadur’s Palace – The palace is built on the hill-slope of the east of the Rewa-Kund, on the entrance-arch is a Persian inscription stating that the palace was built by Nasirud-din in 1508 CE. Baz Bahadur took a fancy to the palace on account of its close proximity to the Rewa-Kund which was frequented by Queen Rupmati. Situated on the slope of a hill in the midst of picturesque natural scenery, the main gateway to the palace is approached by 40 broad steps with landings at intervals. As per a Persian inscription on the gate of entrance of this palace, this entrance passage further leads to the outer court of the palace with its main doorway in front. The main portion of the palace consists of a spacious open court with halls and rooms on all the four sides and a beautiful cistern in its middle. Beyond the colonnade on the northern side, at its centre, projects an octagonal pavilion with arched openings overlooking the depth below in which there was once laid out a beautiful garden, traces of which can still be seen. There are two beautiful chataris on the terrace of this palace.

Sarafa Bazaar, Indore – Just like its Malwi culture, Indore boasts of a rich cuisine as well. The typical Malwi taste of this city is a delight for foodies not only from Indore but also from other parts of the country. Among its favorite foodies’ hangouts, Sarafa Bazaar of Indore is a must visit place. This market is situated behind Rajwada and is only five minutes’ walk away from there. In actual, it is the jeweler’s market of Indore which was established during 18th century under Ahilyabai Holkar. It was later developed as food market to safeguard jewelry shops after their closure in the late evening. This market is always abuzz in the late nights even till wee hours at 4:00 AM. Thousands of food loving Indoreans and tourists throng to Sarafa Bazaar to tickle their taste buds with wide varieties of awesome Malwi food. The biggest highlight of this market is the affordable prices of these food items which allure everyone. Though there are some eateries that open from midday to attract the bullion traders and customers also. This unique market opens from 10:00 PM to 4:00 AM. Such timings also could not hinder the crowds flocking to this place which is scented with aromatic flavors of snack chaats, delectable desserts, and Chinese food. It is a vegetarian market where meat is not sold and around 50 delicacies are on offer to the foodies here. There are many well known restaurants like Joshi’ and Vijay Chaat House that are popular for their culinary delights and great taste. Dishes made from Khopra or grated coconut and potatoes are found aplenty in this market