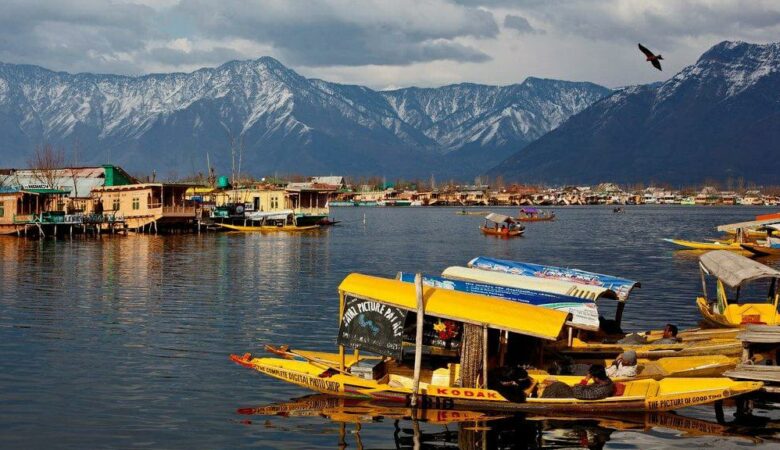 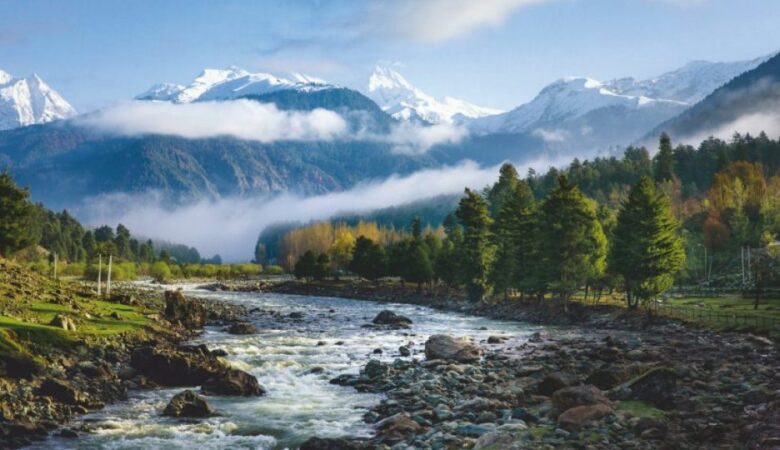 On arrival at Srinagar airport, proceed towards Srinagar hotel followed by a full day sightseeing in Srinagar. Visit Mughal Gardens – Nishat Bagh and Shalimar Bagh, Cheshmashahi Garden, Shankaracharya Temple & Hazratbal Shrine. All the gardens are situated on the banks of Dal Lake with Zabarwan Mountains in the background. Check in & overnight stay at the hotel.

After breakfast,check out from the hotel and proceed towards Gulmarg. Enroute, you get to see the beautiful Tangmarg town and drive ahead on a scenic drive of 14 kilometres to Gulmarg. Arrive in Gulmarg. Check in hotel for overnight stay at Gulmarg.

After breakfast, get ready for sightseeing at Gulmarg and begin a short tour, boarding the Gondola cable car system (the 08 minutes ropeway). Descend back to Gulmarg by late afternoon. Return to the hotel in Gulmarg for an overnight stay.

After breakfast, check out from the hotel and proceed towards Pahalgam via Pampore, Avantipura and the village of Bijbehara which remains famous as the bread basket of Kashmir. We switch from the national highway 1A at Khanabal and drive through the second largest city of Anantnag. From here the road turns scenic as we drive parallel on the Lidder River flowing from the opposite direction. Check in at the hotel for overnight stay at Pahalgam.

After breakfast, you can visit Aru, Betaab valley and Chandanwari through a local cab at an extra cost. In the evening return back to your hotel for overnight stay at Pahalgam.

After breakfast checkout, from the hotel and proceed to Srinagar. Reach & check in hotel or houseboat. Evening free for shopping and can take Shikara ride. Overnight stay in houseboat.

After breakfast check out & transfer to Airport to board you’re onwards flight.

Srinagar – is located in the union territory of Jammu & Kashmir, on the banks of river Jhelum. Srinagar is known for the stationary houseboats and gondola-type rowboats-Shikarason Dal Lake. Adorned with tranquil Dal Lake & Nigeen Lake, Srinagar is the dream destination for honeymoon and family holidays. The tourists use Shikaras to see attractions like the Floating Vegetable Market and the Mir Bahris – a lively community of people who live on the lake itself. In addition, there are a lot of houseboats that provide a beautiful and unique stay experience on the lake. Srinagar is home to some of India’s most exquisite Mughal-age gardens, with the top attractions being Nishat Bagh, Shalimar Bagh and Chashm-E-Shahi Garden. It is also home to Asia’s largest tulip garden. Kashmiri cuisine or Wazwan is famous all over the globe. So when in Srinagar, trying out the local dishes, which are rich in unique fragrant spices, is a must. Srinagar is also famous for the Kashmiri shawls, Kashmiri apples, and dried fruits (almonds and walnuts) from the Lal chowk market.

Gulmarg – Situated at an altitude of 2730 m above sea level, Gulmarg is a popular skiing destination located in Pir Panjal Range of Union territory of Jammu and Kashmir. Surrounded by snow-covered lofty Himalayas, meadows of flowers, deep ravines, evergreen forested valleys, Gulmarg also has the world’s second-highest Gondola ride. Among one of the top honeymoon destinations in India, Gulmarg boasts of being a beautiful town without the crowd like Manali and Shimla. Gulmarg has also been developed as an adventure hub as Indian Institute of Skiing and Mountaineering is located here. A lot of courses on trekking, mountaineering, skiing, and snowboarding are offered by IISM. There are a lot of other private tour operators in Gulmarg as well which provide similar courses and facilities for skiing, snowboarding and trekking. Known for its scenic beauty, Gulmarg has also been a popular destination for shooting of various Bollywood films.

Pahalgam – Situated in the Anantnag district of Jammu & Kashmir Valley, Pahalgam is a beautiful hill station and a popular tourist attraction. Pahalgam is located on the banks of the Liddar River and is famous for adventure activities like hiking, trekking, fishing. Pahalgam serves as the base of one of the most important pilgrimages in India – the Amarnath Yatra. Chandanwari, located 16.6 km. away from Pahalgam is the actual base camp of the Amarnath. Kolhoi Glaciers trek via a beautiful village named Aru is one of the most popular treks in the region. The local people also offer sledging on the frozen glaciers. In addition, the long stretches of rivers in Pahalgam are the perfect site for people who enjoy trout fishing. Pahalgam is where the famous Bollywood movie Betaab, starring Sunny Deol and Amrita Singh, was shot. The valley was consequently named Betaab Valley after that. Sheshnag Lake, situated near Pahalgam, is another bliss altogether. When in Pahalgam, buy authentic Kashmiri saffron from Pampore.