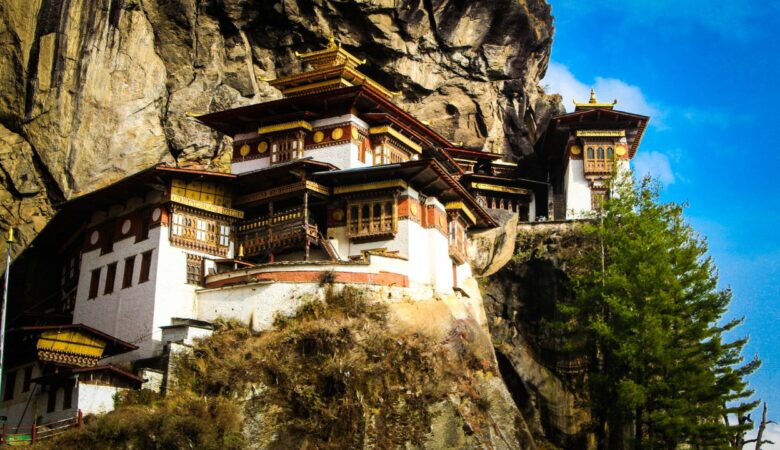 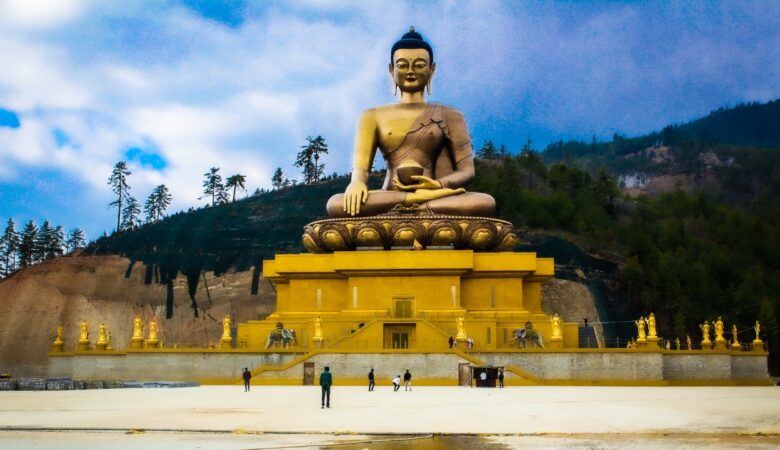 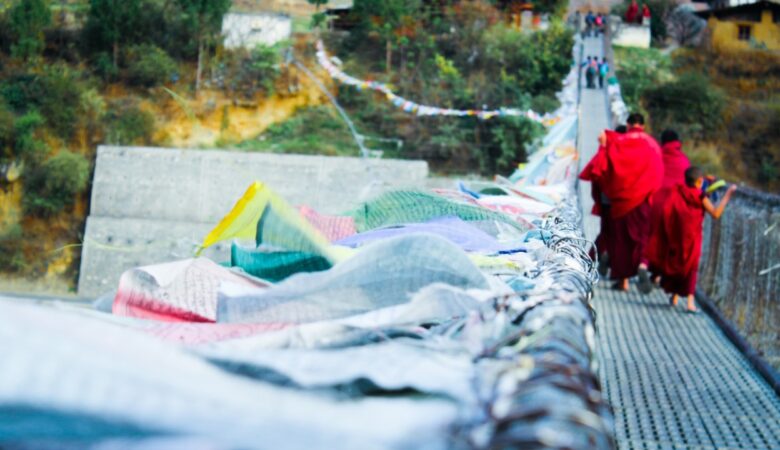 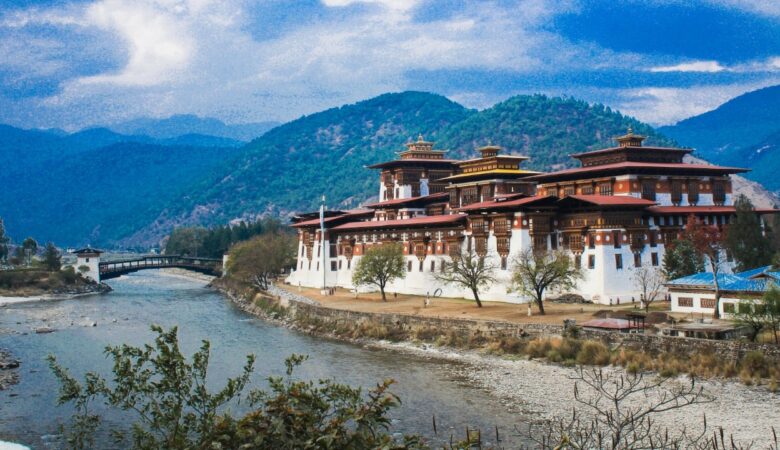 After breakfast, check out & transfer to Thimphu – the capital city of Bhutan. Lunch will be served enroute. Reach hotel & check in. We end the day with a visit to Trashi Cho Dzong, which is also the parliament. Dinner & overnight stay, Thimphu.

After breakfast, proceed for a full day site seeing tour of Thimphu. Visit Buddha Dordenma or the Buddha point which has the tallest Buddha in the sitting position (169 ft) where you can also enjoy the panoramic views of the Thimphu valley. Thereafter visit The Folk Heritage Museum & the institute of Zorig Chusum. Proceed for lunch at a local restaurant. Up next is a visit to the yesteryear’s lifeline of Bhutan – The Bhutan Post or the General Post Office (GPO) that houses a museum and a souvenir shop – a place where you can click a picture and convert it into real stamps! You can send postcards bearing these stamps to your own address in India and surprise yourself a few days after returning to India!! Evening, enjoy souvenir Shopping. Dinner & Stay at the Hotel.

After an early breakfast, check-out and leave for Dochu La pass – the third highest motorable pass of Bhutan at 12000 ft above MSL. At Dochu La, the larger-than-life Chorten in the back drop of the snow-clad Mountains make a great location for taking a few pictures and a cup of hot tea/coffee! We then proceed to Punakha where we visit the most prestigious Dzongs (Fortress) of Bhutan – The Punakha Dzong! Built at the confluence of two rivers – Mo Chhu (Female River) and Po Chhu (Male River) this is an extremely scenic sight. We then visit the suspension bridge before proceeding to check-in at our hotel on the banks of river in Punakha. Dinner and overnight in hotel, Punakha.

After an early breakfast, leave for Paro. Lunch served enroute at a local restaurant. On reaching Paro, we check in hotel. Evening free to visit the local market for shopping!! Dinner and overnight at hotel, Paro.

After an early breakfast, we proceed towards the starting point of the hike to Tigers Nest. Return to the Hotel by 16:00 hours. Dinner and overnight stay at hotel Paro.

After breakfast, check out & transfer to Siliguri. Lunch will be served enroute. Reach hotel by late evening & check in. Dinner & overnight stay at hotel, Siliguri.

After breakfast check out & transfer to Bagdogra Airport board flight for onwards journey.

The untouched Himalayan Kingdom – Bhutan is a sanctuary of magnificent scenery in the heart of Himalayas. The countrys history stretches back to the origins of Buddhism and its spiritually rich people are enterprising, Pragmatic and delightfully humorous. They live in harmony with nature and have evolved a unique identity derived largely from a religious and cultural heritage. The Kingdom of Bhutan lies in the eastern Himalayas, between Tibet to the north and the Indian territories of Assam and west Bengal to the south. The Kingdom has a total area of about 47,0000 square kilometers. Monsoon influences promote dense forestation in the region and alpine growth at higher altitudes. The cultivated central uplands and Himalayan foothills support the majority of the population. In the south, the Daurs plain drops sharply away from the Himalayas into large tracts of semi- tropical forest savannah grassland and bamboo jungle.
Area of Bhutan: 47000 Sq/Km, Altitude: Varying from 180m to 7,550m above sea level Population: 6,50,000, Capital: Thimphu,
Local time: six hours ahead of GMT and hour ahead of IST (Indian standard time), Forest Cover: – 72%. Agricultural: – 7.8%, National animal: Takin Bodorcas Taxi Color,
National Flower: Blue Poppy, Meconopis granis, National Tree: Tseden, Himalyalca cypress. National Bird: Raven, Coruas Coraxs, National Sanctuaries: 26%

Thimphu – is a contradiction: it upholds Bhutan’s overriding sense of purity – it’s the only world capital without traffic lights, a modern trapping removed because residents thought them impersonal – but it also has a challenging exuberance that’s seen a few nightclubs spring up. Temples, dzongs, museums and parks – Thimphu has it all, a vibrant introduction to the most advanced and the most remote parts of the kingdom.

Punakha – Bhutan’s winter capital, Punakha is lower and warmer than Thimpu and is marked proudly by Punakha Dzong, the second largest, but doubtless most impressive dzong in the country. The dzong sits at the confluence of the Pho Chuu and Mo Chuu rivers and is testament to Bhutan’s commitment to traditional skills having been rebuilt sympathetically after much of it was destroyed by fire in 1998.

Paro – Home of red rice, the National Museum and the country’s only airport, Paro is ideal to explore on foot. It’s biggest draw? The Rinpung Dzong, a distinctive fortress characterised by huge buttressed walls that peer over the town and are visible throughout the valley. Paro’s ‘high street’ was only built in 1985 and is a concrete-free blend of brightly decorated independent restaurants and shops… for now.