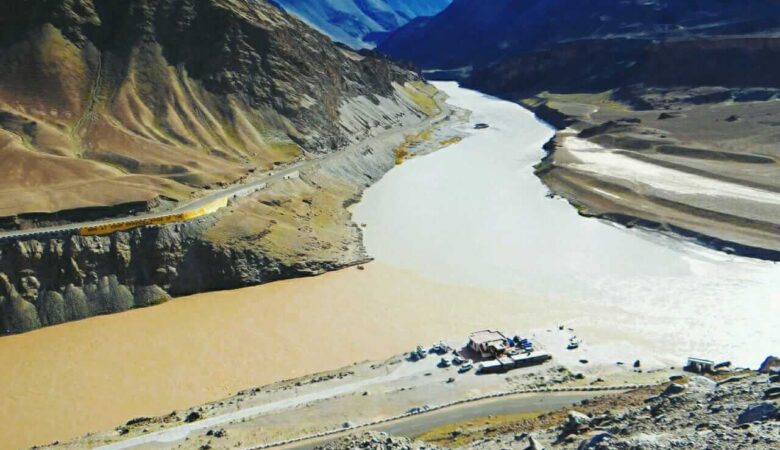 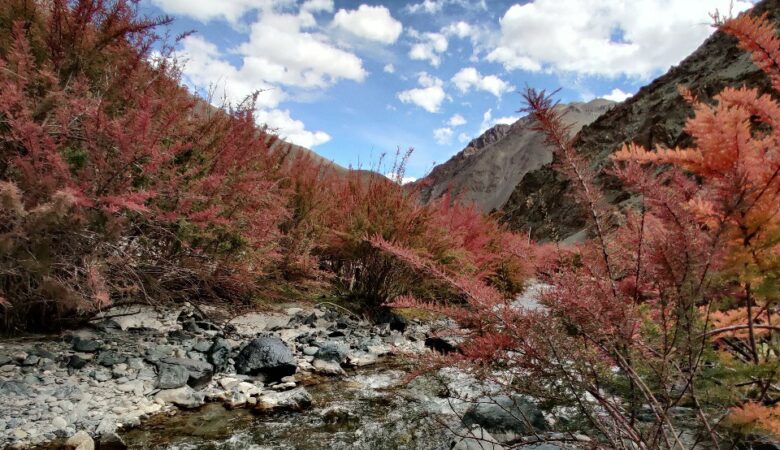 After breakfast check out & transfer to Hanle. It is one of the most beautiful & calm village. Cross Mahey bridge on the way to Hanle. Reach Hanle & check in guest house/homestay. Take a walking tour of the village & explore the local culture. Dinner & overnight stay, Hanle.

After breakfast visit the Indian Astronomical Observatory which has one of the World’s highest located sites for optical, infrared and gamma ray telescopes (14,800 ft) It is currently the ninth highest optical telescope in the world. Later transfer to Tsomoriri, we will come across the barren dry mountains like a desert and extensive plains. We may also see many exotic wildlife like mountain goats, ibex, marmots and yaks if we are lucky. Reach Korzok village, Tsomoriri & check in.  Dinner & overnight stay at hotel / camps, Tsomoriri.

Early morning transfer to Airport to board the flight. Depart with pleasant memories!!! 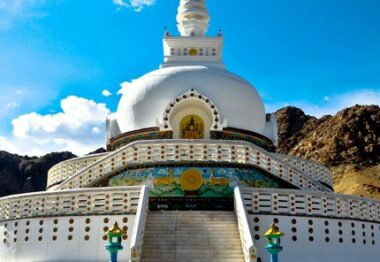 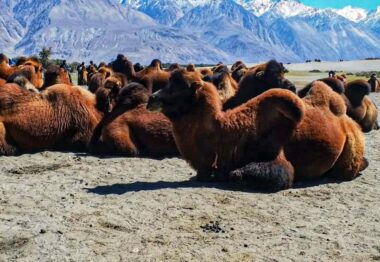 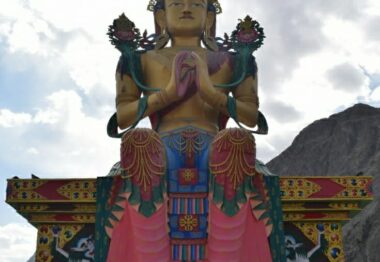 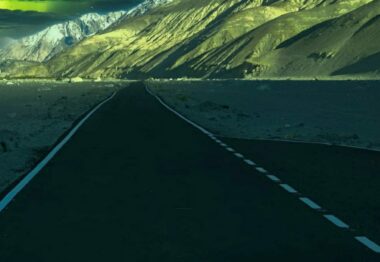 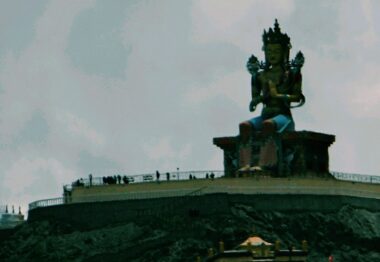 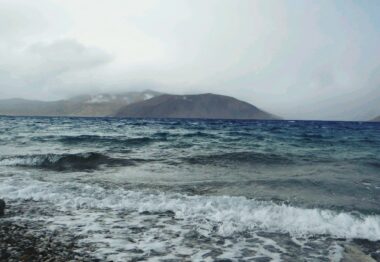 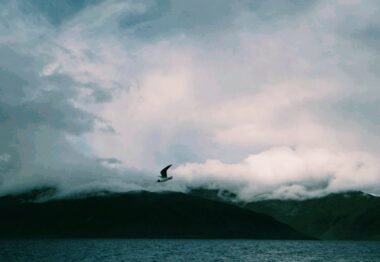 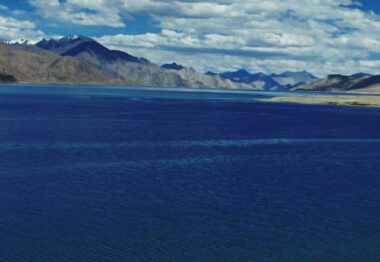 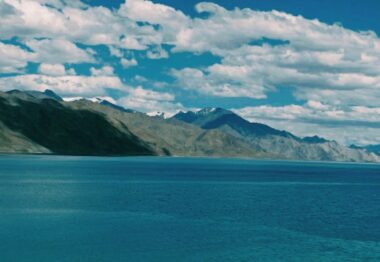 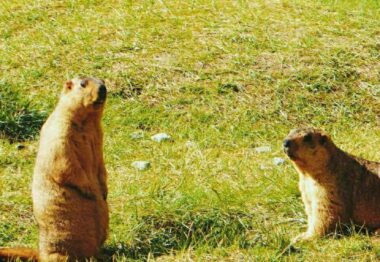 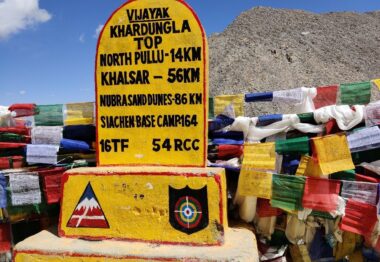 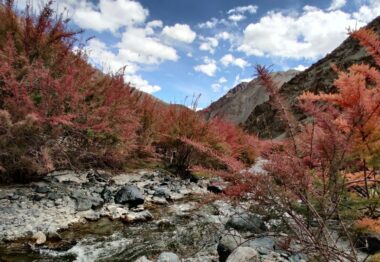 Ladakh – (meaning “land of high mountain passes”) is a mountainous region in North India. Leh, the capital city is situated at 3500m above sea level nestled in the great Himalayan, Karakoram, Zanskar and Ladakh ranges. Ladakh is known for remote mountain beauty, area 98000 square km, studded with monasteries & stupas. Ladakh is often referred as “Little Tibet” due to its geographical proximity & strong links to Tibetan culture.
Altitude: altitude ranges from 2750m at Kargil to 7672m at Saser Kangri in the Karakoram
Languages: Ladakhi, Zanskari, Tibetan, English and Hindi. The predominant language is Ladakhi, it is closely related to Tibetan though is not mutually intelligible with it. A Ladakhi phrasebook “Getting Started in Ladakhi” by Melong publication is available in bookstores.
Population: 250 000 out of which 23 000 live in Leh
Religion: Buddhist (77.3%), Muslim (13.8%), Hindu (8.6%)

Climate – Ladakh is a rain shadow region of the Himalayas, the annual average rainfall in Leh is 100 mm. In summer, temperature reaches 25°C and it drops down to -15°C in winter. The high passes are closed during winter due to heavy snowfall.

History – The first inhabitants of Ladakh were nomads who came with their yaks during the Neolithic period. Later, Buddhist pilgrims travelling from India to Mount Kailash in Tibet settled permanently in the Indus valley and brought Buddhism which emerged as the main religion in the region. Over the centuries, the kings of Ladakh established a kingdom going from Kashmir to Tibet, guarded by forts and large monasteries. Ladakh was frequently attacked from the west by Muslim armies (16th century) and from the east by Tibetan armies (17th century). The kingdom revived under the Namgyal dynasty who extended the realm as far as Nepal and built a new capital at Leh. During the 19th century, Ladakh was invaded by the Dogra army from Jammu and became part of the state of Jammu and Kashmir. On 31st October 2019, Ladakh was separated from the rest of Jammu and Kashmir and became an independent state (Union Territory). Ladakh is divided into 2 districts: Leh district and Kargil district (which includes Zanskar).

Acclimatization – Leh is at 3500m above sea level so acclimatization can get difficult because of high altitude. It is advisable to spend at least two days to acclimatize before you set out for your adventures. Drink plenty of water or other fluids such as soup, tea and juice.

Alchi monastery – Alchi Monastery or Alchi Gompa (monastery and temple complex) lies about 65 km from Leh on the banks of the Indus River. Alchi is regarded as one of the most important Buddhist centres in Ladakh and also as one of the monastic jewels of Ladakh. The Alchi Monastery dates back to nearly one thousand years and so the effect of the Tibetan influence can be seen in the local culture. There are five shrines in the Choskor Temple Complex which has some splendid wall paintings. One of its walls features thousands of miniature sized pictures of the Buddha. Three large sized images made of clay painted brightly are its focal attraction. No longer an active religious centre, it is looked after by monks from the Likir Monastery. Since the last 500 years, religion is not practiced in the Alchi Monastery. Over a period of time the Yellow Hat sect (Gelugpa) shifted their religious activities to another place which is 30 kms away, known as Likir. The surroundings of Alchi Gompa offers a very friendly atmosphere for visitors as there are small restaurants, tea stalls and souvenir shops welcoming tourists.

Magnetic hill – is positioned on the Leh-Kargil-Srinagar national highway, about 30 km from Leh, it is famously known as the Gravity Hill. The hill possesses magnetic properties strong enough to pull heavy vehicles uphill. Because of the anti-gravity mechanisms the site has become a popular tourist attraction.

Shanti Stupa – in Leh is a magnificent white-domed Buddhist monument located atop a steep hilltop at a dizzying height of 11,841 feet. It is a religious place for the Buddhists as it holds the relics of Buddha, consecrated by the 14th Dalai Lama. It is also popular amongst tourists as it offers a sweeping view of Leh and the nearby Changspa village. Shanti Stupa looks exceptionally beautiful during the full moon night when it is naturally illuminated by the moonlight. Shanti Stupa was constructed in 1991 by Japanese Buddhist, Bhikshu Gyomyo Nakamura. The construction was jointly done by the Japanese and Ladakhi Buddhists to mark the completion of 2500 years of Buddhism and to promote world peace. It is a part of the peace pagoda mission, which aims to spread peace through the preaching of Buddha. Shanti Stupa is a perfect getaway for both- those looking to obtain peace from offering prayers to God and those waiting to be mesmerized by nature’s wondrous beauty.

Hanle – is located in the Hanle River valley on an old branch of the ancient Ladakh & Tibet  trade route. The Indian Astronomical Observatory, located in Hanle near Leh in Ladakh, India, has one of the world’s highest located sites for optical, infrared and gamma-ray telescopes. It is operated by the Indian Institute of Astrophysics, Bangalore.

Tso Moriri – lake in Changthang region of Ladakh is one of the most beautiful, calm and sacred (for ladakhis) high altitude lakes in India. This beautiful blue pallet lake is about 7 KM wide at its broadest point and about 19 KM long. The beautiful multi shades of blue color offered by this lake along with a picturesque landscape around gives this place an extremely romantic feel and breathtaking feel. In January to March, Tso Moriri remains mostly frozen, extremely cold conditions with no options to stay around the lake. In April types, it starts to melt and starts transforming into the beautiful multi shades of blue colors off the shores. Then May, June, July and August is the peak tourist season but as compared to Pangong Tso it gets less number of tourist.

Tsokar – The smallest of the three high-altitude lakes of Ladakh, the remote Tso Kar Lake lies about 50 km from Tso Moriri. Situated at a height of 15,280 ft, it is bordered by lofty mountains that are home to the elusive snow leopard. Also called white lake due to the white salt content in the water deposits on its shore, it leaves visitors in awe of its beauty. The area surrounding the lake is rife with wildlife and flora, and it also makes for an important point for bird watchers, especially during migration season when several species come here to lay their eggs, including the black-necked cranes. The nomadic settlements of Thugje and Gursan are guardians of the lake and its surrounding area. The ideal time to visit this lake is between the months of May and August.