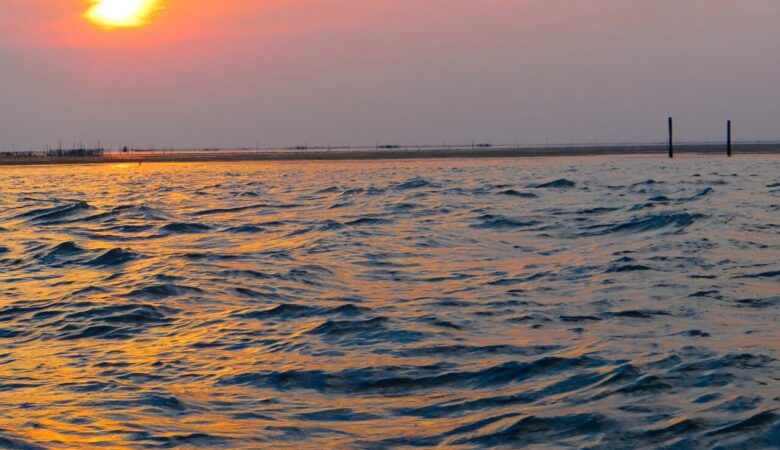 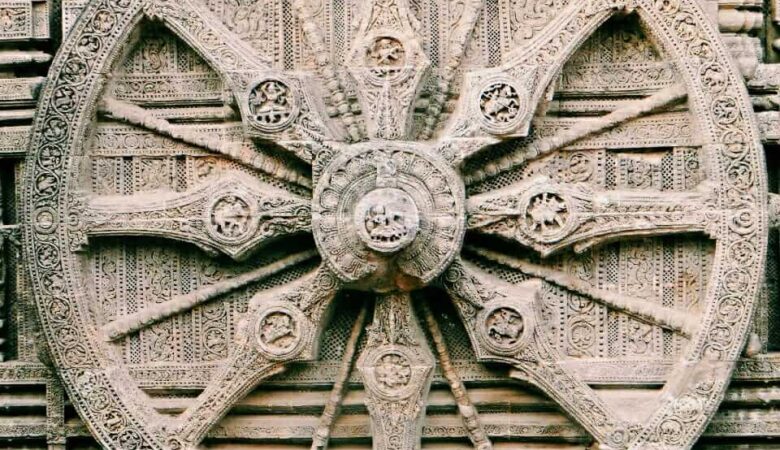 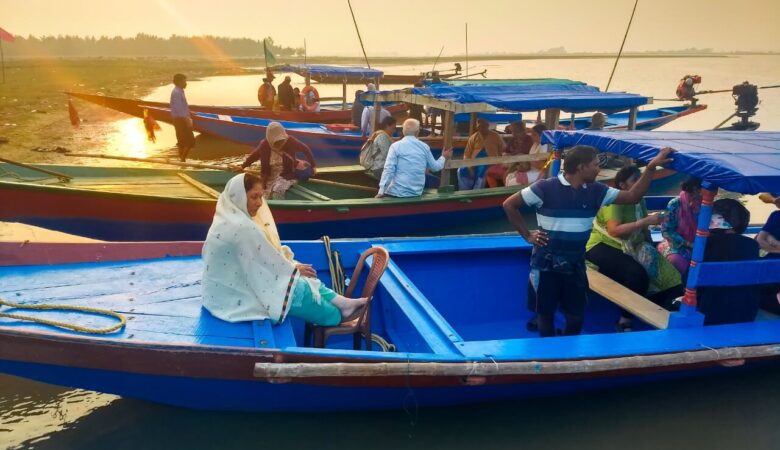 After breakfast transfer to Satpada. Lunch, will be served en route. Proceed for a boat ride on Chillika Lake. Covering an area of over 1,100 km2 it is the largest coastal lagoon in India and the second largest coastal lagoon in the world. Get a chance to see Dolphins, small islands with Red Crabs. See the Sea mouth – Bay of Bengal at sunset. Back to Puri, Dinner & stay at hotel.

After breakfast, check out & proceed to visit Konark Sun Temple. The temple was built in the 13th Century and designed as a gigantic chariot of the Sun God – Surya.Transfer to Bhubaneshwar Enroute visit Pipli – the Applique Village – Buy the colorful handicrafts of Odisha. Reach & check in hotel at Bhubaneshwar. Evening free for shopping at local market, dinner & stay at hotel, Bhubaneshwar.

After breakfast transfer to visit Nandankanan Zoo (famous for black Tiger), after lunch visit Tribal Museum & Lingraja Temple which is the largest temple in Bhubaneshwar, Lingraja is worshipped as Hari – Hara, a combined form of Vishnu & Shiva. In the 11th century, Lingraja Temple was built by the King Jajati Keshari, who belonged to Soma Vansh. Lunch will be served Enroute. Evening proceed to visit Peace Pagoda with Sound & Light Show. Dinner & stay at hotel, Bhubaneshwar.

After breakfast check out & proceed to Bhubaneshwar Airport/ Railway station. 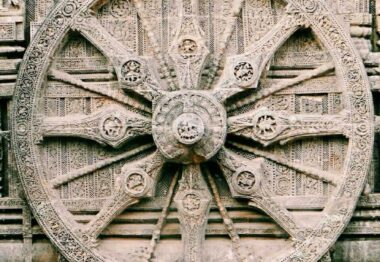 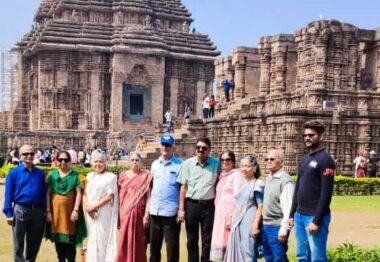 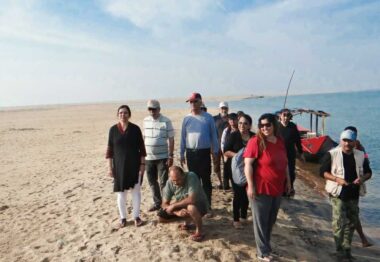 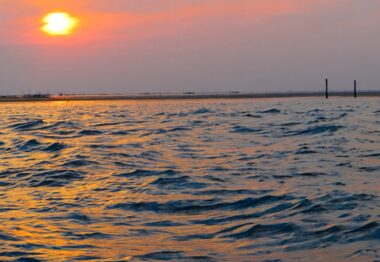 The planning of the tour was excellent & in detail. That made our trip enjoyable & memorable.

Excellent Tour!!! No other words required.

Odisha – the land of paddy fields and palm-fringed silver beaches, temples, rivers, waterfalls and tribal people, is filled with major attractions such as the temples of Bhubaneshwar and Puri, miles of clean beaches and the magnificent Sun Temple of Konark. Odisha, the state with a glorious history, is filled with nature and adventure. Inhabited by tribal people, the not-so-developed state of Odisha must be visited to have the experience of the myriad wonders it has in store for everybody. Also known as the soul of India, Odisha is a place where you can relax on the beaches, visit the famous temples and explore the beauty and bounty of nature and wildlife. You can also find various monuments which gloriously stand to remind you of the history of the land. Odisha’s art and culture, fairs and festivals, dances and music are a treat for the tourists who love to see colours and wish to enjoy life to the fullest. Visit the soul state of India and come back with a bag full of memories that will remain etched in your mind for a long time.

Odisha, formerly called Orissa, state of India. Located in the northeastern part of the country, it is bounded by the states of Jharkhand and West Bengal to the north and northeast, by the Bay of Bengal to the east, and by the states of Andhra Pradesh and Telangana to the south and Chhattisgarh to the west. Before India became independent in 1947, Odisha’s capital was at Cuttack. The present capitol was subsequently built at Bubaneshwar, in the vicinity of the city’s historic temples in the east-central coastal plains. In late 2011 the state’s name was officially changed from Orissa to Odisha. Area 60,119 square miles (155,707 square km). Pop. (2011) 41,947,358. The state can be divided broadly into four natural divisions: the northern plateau, the Eastern Ghats, the central tract, and the coastal plains. The northern plateau. (in the northern part of the state) is an extension of the forest-covered and mineral-rich Chota Nagpur plateau centered in Jharkhand. The Eastern Ghats, extending roughly parallel to the coast and rising to an elevation of about 3,600 feet (1,100 metres), are remnants of a very ancient line of hills in eastern peninsular India. The central tract comprises a series of plateaus and basins occupying the inland area to the west and north of the Eastern Ghats; the plateau areas provide scant resources, but several of the basins—notably the Kalahandi, Balangir, Hirakud, and Jharsuguda—have the soil and the irrigation facilities to support local agriculture. The coastal plains are formed of alluvial soils deposited by the many rivers flowing to the Bay of Bengal; locally the area is known as the Balasore (Baleshwar) coastal plain to the northeast, the Mahanadi river delta in the center, and the Chillika plain to the southwest.
In addition to the Mahanadi, the main rivers are the Subarnarekha, Budhabalanga, Baitarani, Brahmani, Rushikulya, and Vamsadhara. Odisha’s saltwater Chillika lake is one of the largest lagoons in India. Notable mountain peaks include Mahendra Giri (4,924 feet [1,501 metres]), Malayagiri (3,894 feet [1,187 metres]), and Megasini (3,822 feet [1,165 metres]).

History – Since its earliest known history, the land that roughly corresponds to present-day Odisha has gone by various names, most notably Utkala (or Okkala), Kalnga, and Odra Desha (or Oddaka), which appeared in ancient literature as designations for particular tribes. The ancient Greeks knew the latter two groups as Kalingai and Oretes. Those names eventually became identified with specific territories. At the dawn of Indian history, Kalinga was already a famous and formidable political power. Buddhist sources refer to the rule of King Brahmadatta in Kalinga at the time of the Buddha’s death, sometime between the 6th and the 4th century BCE. In the 4th century BCE the first Indian empire builder, Mahapadma Nanda, founder of the Nands dynasty, conquered Kalinga, but the Nanda rule was short-lived. In 260 BCE the Mauryan emperor Ashoka invaded Kalinga and fought one of the greatest wars of ancient history. He then renounced war, became a Buddhist, and preached peace and nonviolence in and outside India. In the 1st century BCE the Kalinga emperor Kharavela conquered vast territories that collectively came to be called the Kalinga empire. In the 1st century CE Kalinga emerged as a maritime power. Its overseas activities possibly involved the establishment in the 8th century of the Shailedra empire on the Southeast Asian island of Java (now in Indonesia). Kalinga was ruled by the powerful Bhauma-Kara dynasty during the 8th, 9th, and 10th centuries, followed by the Soma kings until the 11th century. Construction of the 11th-century temple of Lingaraja at Bhubaneshwar, the greatest Shaiva monument of India, was begun by the Soma king Yayati.  Kalinga enjoyed a golden age under the Ganga dynasty. The Ganga ruler Anantavarman Chodagangadeva (1078–1147) ruled from the Ganges river to the Godavari river with Cuttack as his capital. He began the construction of the temple of Jagannatha (“Lord of the World”) at Puri – Narasimha 1 (1238–64) built the Sun Temple of Konark, one of the finest specimens of Hindu architecture. In the 13th and 14th centuries, when much of India came under the rule of Muslim powers, independent Kalinga remained a citadel of Hindu religion, philosophy, art, and architecture. The Gangas were succeeded by the Surya dynasty. Its first king, Kapilendra (1435–66), won territories from his Muslim neighbours and greatly expanded the Kalinga kingdom. His successor, Purushottama, maintained those gains with difficulty. The next and the last Surya king, Prataparudra, became a disciple of Chaitanya, the great Hindu mystic, and became a pacifist. After Prataparudra’s death in 1540, the kingdom’s power declined, and in 1568, when King Mukunda was killed by his own countrymen, it lost its independence to the Afghan rulers of Bengal. It was sometime between the 11th and 16th centuries that the name Kalinga fell into disuse. In its place arose the old tribal name Odra Desha, which was gradually transformed into Odisha (or Uddisha, or Udisa), which in English became Orissa; that spelling persisted until the original Odisha was reinstated in the early 21st century. The language of the region came to be known as Odia. The Mughal emperor Akbar wrested Odisha from the Afghans in 1590–92. When the Mughal fell in the mid-18th century, part of Odisha remained under the nawabs (provincial governors of Mughal India) of Bengal, but the greater part passed to the Marathas, who ruled much of South India between the 16th and 19th centuries. The Bengal sector came under British rule in 1757 after the Battle of Plassey (near present-day Palashi), and the Maratha sector was conquered by the British in 1803. Although after 1803 the British controlled the entire Odia-speaking area, it continued to be administered as two units. It was not until April 1, 1936, that the British heeded calls for unification on a linguistic basis and constituted Orissa as a separate province. However, 26 Odia princely states remained outside the provincial administration. After the independence of India in 1947, the territory of Orissa was expanded to include all the princely states except Saraikela and Kharsawan, which were absorbed by Bihar. Orissa became a state of India in 1950.

Climate – Odisha is located in a climatic region known as tropical wet-dry (or tropical savanna). In January, the coolest month, high temperatures in Cuttack typically rise into the mid-80s F (about 30 °C) from a low in the mid-50s F (low 10s C). In May, the warmest month, temperatures usually reach the mid-90s F (mid-30s C) from a low in the low 70s F (low 20s C). The higher elevations of the hills provide some relief from the summer heat, which becomes particularly oppressive in the basins of the central tract. Average annual rainfall in the state is about 60 inches (1,500 mm), mostly occurring during the months of the southwest monsoon (June through September). The Eastern Ghats receive heavier precipitation, while the coastal area south of Chillika Lake, which is the driest region in the state, may receive less than 50 inches (1,300 mm) annually.

Puri Jagannath – is famous for the world famous Jagannath Temple & Longest Golden Beach. It is one of the Dhamas (Holiest of the holy place) out of four Dhamas i.e. Puri, Dwarika, Badrinath & Rameswar, in India. Lord Jagannath, Devi Subhadra and elder brother Balabhadra are being worshipped in Puri (The Purusottama Kshetra). The deities are seated on the Bejeweled Pedestal (Ratna Simhassana). Shree Jagannath Puri Temple is one of the most impressing monuments of the Indian State Odisha, was constructed by a famous king of Ganga Dynasty Ananta Varman Chodaganga Deva dating back to 12th century at the seashore Puri. The main temple of Jagannath is an impressing and amazing structure constructed in Kalinga architecture, with a height of 65 meters placed on an elevated platform. There are so many festivals of Sri Jagannath during the year observed in Puri. Which are Snana Yatra, Netrotsava, Ratha Yatra (car festival), Sayan Ekadasi, Chitalagi Amabasya, Srikrushna Janma, Dussehra etc. The most important festival is the World famous Rath Yatra (Car Festival) & Bahuda Yatra. A large crowd is gathered to witness Lord Jagannath durig this festival.

Konark Sun Temple – is dedicated to the Hindu sun god Surya, and, conceived as a giant stone chariot with 12 wheels, it is the most famous of the few sun temples built in India. It is located about 35 km northeast of the city of Puri on the coastline in the state of Odisha (earlier Orissa). It was built c. 1250 CE by King Narasimhadeva I (r. 1238-1264 CE) of the Eastern Ganga dynasty (8th century CE – 15th century CE). The temple in its present state was declared by UNESCO a World Heritage Site in 1984 CE. Although many portions are now in ruins, what remains of the temple complex continues to draw not only tourists but also Hindu pilgrims. Konarak stands as a classic example of Hindu temple architecture, complete with a colossal structure, sculptures and artwork on myriad themes.

Chillika Lake – is spread over Khurda, Ganjam and Puri districts of Odisha (formerly Orissa). Balugaon and Rambha are two major towns serving as entry points for the lake. It is Asia’s largest salt-water lagoon and is separated from the Bay of Bengal by a sandy ridge. The pear-shaped lake spreads across 1,100 km², and has a unique ecosystem with a range of aquatic flora and fauna found in and around its brackish waters. An impressive array of bird life, both native and migrant, makes Chilika one of the best places in India for bird-watching, splashing around in the water and quiet relaxation. Chillika Lake is designated as a wetland of international importance under the Ramsar Convention.