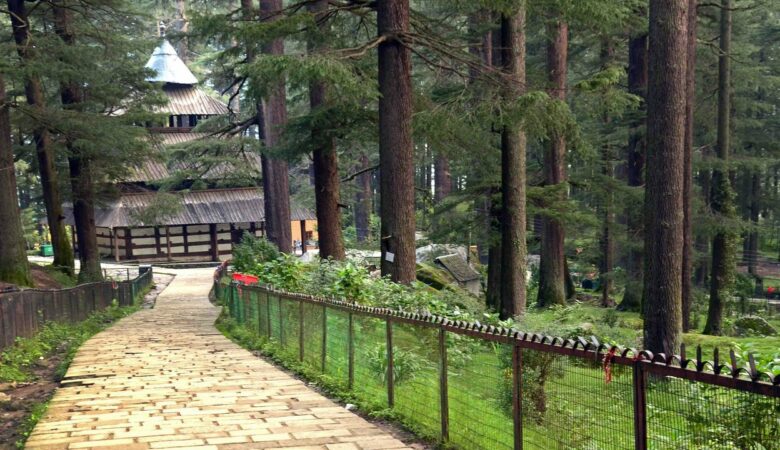 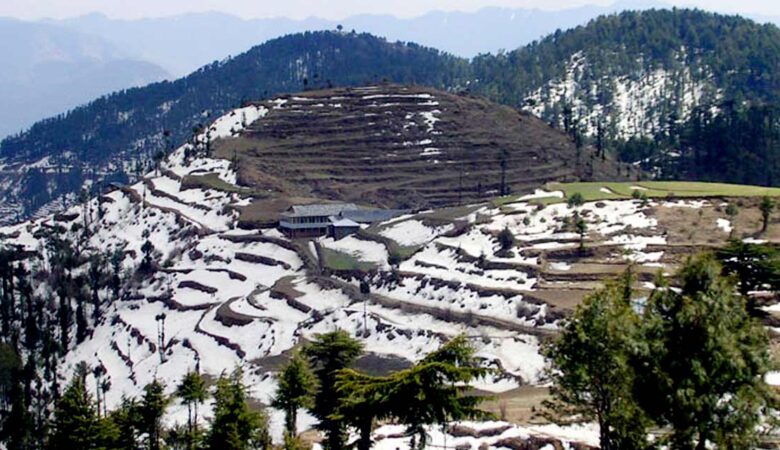 Arrive at Chandigarh Airport / Railway station & transfer to Manali – At the northern end of the Kullu Valley in Himachal Pradesh. Arrive at Manali and check in the hotel, Rest of the day is at leisure to visit the local markets overnight stay at hotel at Manali.

Morning proceed for Solang Valley. Located at a distance of 13 kms from Manali, Solang Valley lies between Solang village and Beas Kund. Here you can enjoy a Ropeway ride and admire the Himalayan mountains. There you can experience thrilling activities like Paragliding, Biking, Trekking and Hiking at an additional cost. Experience the thrilling activity of River Rafting and the rapids of the cool white waters of Beas River (optional). Thereafter visit “Hadimba Temple” Built in 1553 with a superbly crafted four tiered pagoda roof, it is famous for its exquisitely carved doorway. Visit Tibetan Monastery at Mall road, Manali & Enjoy shopping there. Overnight stay at hotel, Manali.

Morning Proceed to visit Kufri – winter sports capital of Shimla. Visit Shimla Christ Chruch – this church is the second oldest church in North India. In the evening we stroll on the famous Mall Road of Shimla. Overnight stay at hotel, Shimla.

Morning Proceed to visit Kufri – winter sports capital of Shimla. Visit Shimla Christ Chruch – this church is the second oldest church in North India. In the evening we stroll on the famous Mall Road of Shimla. Overnight stay at hotel, Shimla.

Check out & transfer to Chandigarh Airport/ Railway station. Connect with us Personally & Socially!

At Shimla Koti Resort or similar.

SHIMLA: The British discovered Shimla in the form of a little village in 1819. Until then, it was a part of the Nepalese kingdom. It was during Lord William Bentinck’s time that Shimla was truly acquired by the Government of India. The British persuaded the local Raja to part with the land in 1830, and the settlement became the subcontinent’s most fashionable summer resort. In 1864, Shimla was declared the summer capital of India. After the independence of India, Shimla became the capital of Punjab until 1966, when it came under Himachal Pradesh.
Atitude : 2,130 m above sea level, Temperature : Between sub zero in winters and 30 C in summer. Through out the year.
Climate : Being a hilly region, here Climate is generally unpredictable. Generally Summer Starts from March-April onwards and extend till Oct-November. It is very very cold in Winter. The temperature in winter falls below O degree centigrade.
Languages: Hindi, Himachali, Garhwali, English

Kufri- While in Shimla, visit its colder, higher and less crowded cousin, Kufri just 13 km away from the main town. The views and sceneries here only get better, and the landscapes more flattering, a bit untouched with the tourist rush. However, Kufri too is becoming increasingly popular with the visitors.

MANALI – At the northern end of the Kullu Valley in Himachal Pradesh, is a hill station situated at a height of 2050 m (6398 ft) in the Himalayas. Situated on the Beas river (Vyaas in Hindi) and near its source, it is a popular tourist spot for Indians in summer and a magical, snow-covered place in winter. A staging point for a number of treks (Beas Kund, Chandrakhani Pass) and sports such as white-water rafting, Manali is also on the road to Ladakh via the valley of Lahaul and Spiti and rohtang pass which is main attraction near Manali.

Hadimba Temple – A place of historical and archaeological importance, the Hadimba or Dhoongri Temple is dedicated to Goddess Hadimba, the wife of Bhima, a figure from the epic Mahabharata. It is among the most prominent temples in Manali that draws tourists both for spiritual reasons and its architectural appeal. The temple is said to have been constructed by the raja of Kullu, Maharaja Bahadur Singh, in 1553. It is a quaint structure with a four-tiered pagoda-shaped roof and a wooden doorway that is adorned with carvings of mythological figures and symbols of gods and goddesses, animals, designs resembling leaves and episodes depicting Lord Krishna’s life. The inner sanctum, however, does not house an idol.  Nestled amidst a dense deodar forest, the temple offers picturesque views to visitors, who can also walk around the temple complex and explore the nearby trails. Around 200 m south of the temple stands a scared tree, which is supposed to represent Bhima’s son Gatothkach. In view of its historical and architectural importance, the temple was declared protected as a Monument of National Importance on April 18, 1967.  The temple has also featured prominently in several Bollywood movies including Roja (1992) and Yeh Jawani Hai Diwani (2013). Tourists enjoy taking pictures with white fluffy angora rabbits and yaks here.

Rohtang Pass – It is a high mountain pass (elevation 3,980 m (13,058 ft)) on the eastern end of the Pir Panjal Range of the Himalayas around 51 km (32 mi) from Manali. It connects the Kullu Valley with the Lahaul and Spiti Valleys of Himachal Pradesh, India.

Solang Valley – Located at a distance of 13 kms from Manali, Solang Valley lies between Solang village and Beas Kund. It offers a beautiful view of glaciers and snow capped mountains. Since the valley has fine ski slopes, it is a perfect place for skiing. The guest house of the Atal Bihari Vajpayee Institute of Mountaineering and Allied Sports, Manali is based here. This institute is the venue for winter skiing festival and also offers training in skiing to the tourists. In winter, the valley becomes a skiing paradise with children of all ages slipping and sliding over the fresh white snow. When snow melts in the summer, skiing is replaced by parachuting, zorbing, paragliding and horse riding. For snow lovers.

Chandigarh – the capital of the northern Indian states of Punjab and Haryana, was designed by the Swiss-French modernist architect, Le Corbusier. His buildings include the Capitol Complex with its High Court, Secretariat and Legislative Assembly, as well as the giant Open Hand Monument. The nearby Rock Garden is a park featuring sculptures made of stones, recycled ceramics and industrial relics. Located in sector 1 of Chandigarh, The Rock Garden is a massive open-air exhibition hall that displays sculptures made from urban and industrial wastes that have been designed and executed by Nek Chand, a former Road Inspector in Chandigarh. It is located between the famous Sukhna Lake and the Capitol Building and is a spectacle that is must-visit! Also known as Nek Chand’s Rock Garden, this massive 40-acre garden is a colourful mosaic of art pieces and sculptures. The rock garden is situated at Uttar Marg in Sector 1, 1.5 km from Sukhna Lake if you are travelling by cab. Buses and auto-rickshaws are also easily available.

Rock Garden –  is divided into three different phases that have different types of installations and embellishments in them. Each phase deals with a different type of installations and walking through them is a true delight. From terracotta pots, light fixtures, and even broken toilet pots, the creator – Mr. Nek Chand has truly redefined art and craft! The Rock garden was built in the year 1957 by officer Nek Chand single-handedly in his spare time and has become a long-standing symbol of imagination and novelty in the city. Having a total of about 5,000 statues within its bounds, the Rock Garden in Chandigarh is a true example of ‘Best From Waste’.

Sukhna Lake – in Chandigarh, Punjab, India, is a reservoir at the foothills of the Himalayas. This 3 km² rainfed lake was created in 1958 by damming the Sukhna Choe, a seasonal stream coming down from the Shivalik Hills. Originally the seasonal flow entered the lake directly causing heavy siltation